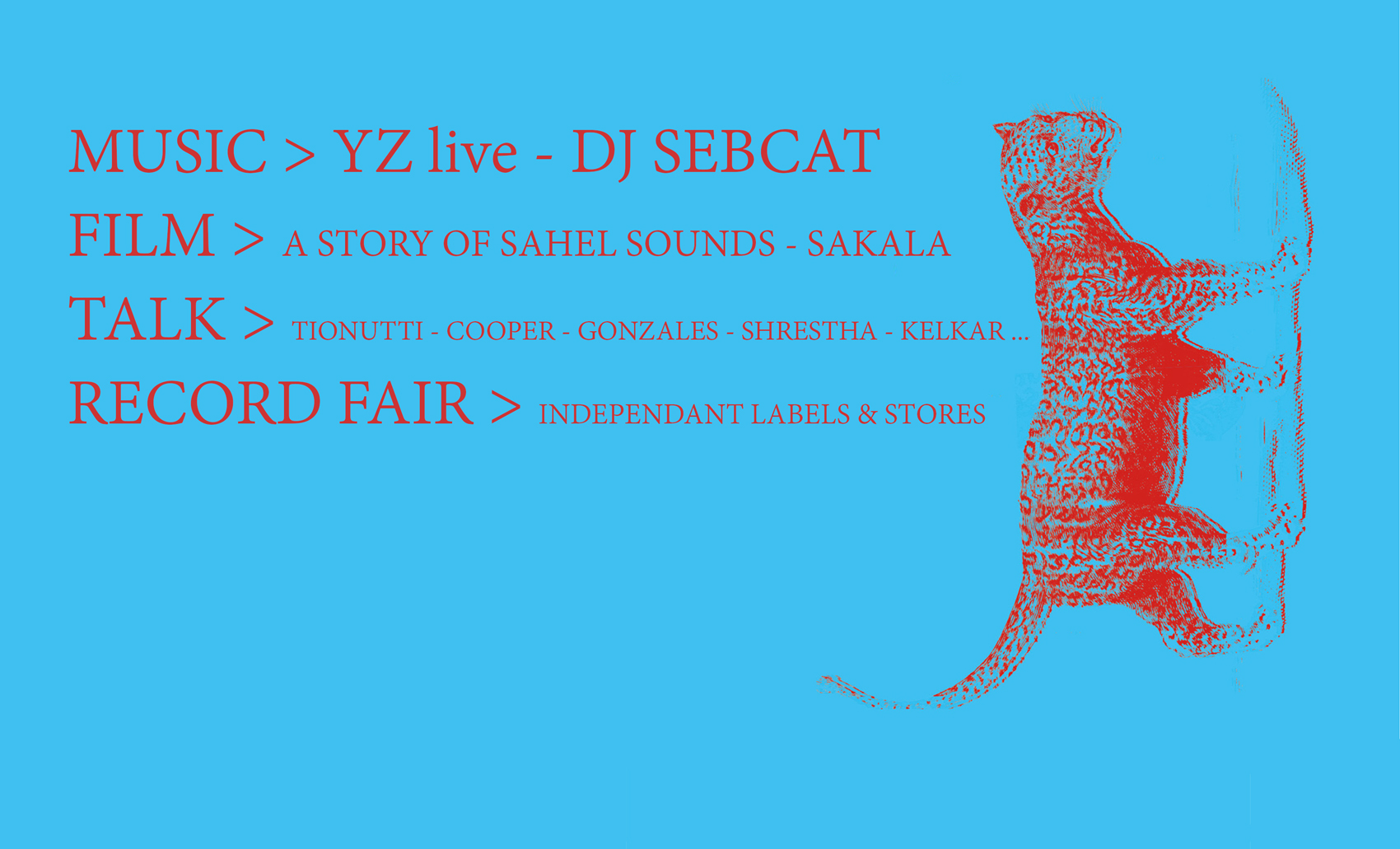 The Eastern Daze Festival – a collaboration between Vooruit, Kraak & Sound in Motion/Oorstof – is having it’s third edition. For three days art centre Vooruit will be the centre of hypnotic and adventurous music with a healthy disregard of genre, nationality and other artificial constructs. Weekend tickets also available here ! On this page you will find all the info on the free of entrance side program.

Located at the box office the free Eastern Daze Record Fair will offer you rare and new releases, collectors and limited runs by some of the finest independent labels, stores and artists…

Les Filles de Illighadad will play one of their first European concerts at the main program of the Eastern Day Festival. But where are they coming from? How did they manage to produce one of the records of the year? The moving and in-depth documentary ‘A Story of Sahel Sounds’ by the Neopancollective provides some surprising answers.

This film provides an inside look at Christopher Kirkley’s project “Sahel Sounds” – a blog, record label and platform to explore arts and music of the Sahel region, through non-traditional ethnographic fieldwork. We follow Chris from Portland to Niger, where he meets some of his long term collaborators as well as new artists: elektronic music wizard Hama, the female guitar player Fatou Seidi Ghali of Les Filles de Illighadad and big stars from Agadez, Etran de L`Air. On a road trip from the capital to Agadez, the gateway to the Saharan desert, we witness stunning music performances along the way and after figuring out ridiculous Visa-workarounds, Mdou Moctar and his band set out on their very first European tour to excite audiences, while a hairdresser from Tahoua dreams of America.

‘Sakala’ the short film by ex-KASK-student Simon Halsberghe starts of the free film program. Portraiting  the first African boy arriving in Belgium in 1884 and the way the west depicted him later as a statue – nude and in a loincloth, Sakala is a deconstructed filmic illusion and a critical analyses of our western points of view.

Following the film program at the Theater Hall there will be a panel talk with some of the artists participating in the Eastern Daze Festival: Mike Cooper, Giancarlo Tionutti, Ernesto Gonzales (Bear Bones, Lay Low), Sanskriti Shrestha, Tejaswinee Kelkar …

YZ is the Brussels based youngster Younes Zarhoni. Schooled as an Arabic sufi singer he is also a lover of the Brussels nightlife where the sounds of electro and acid rule supreme.
His music moves between postmodern torch songs and the kind of Arab Bass sounds one can hear in cities like Beirut, Jerusalem and Caïro. He has a 10” coming out – his debut- on the great Lexi Disques label this Fall. Dj Sebcat will draw you further into the night life.