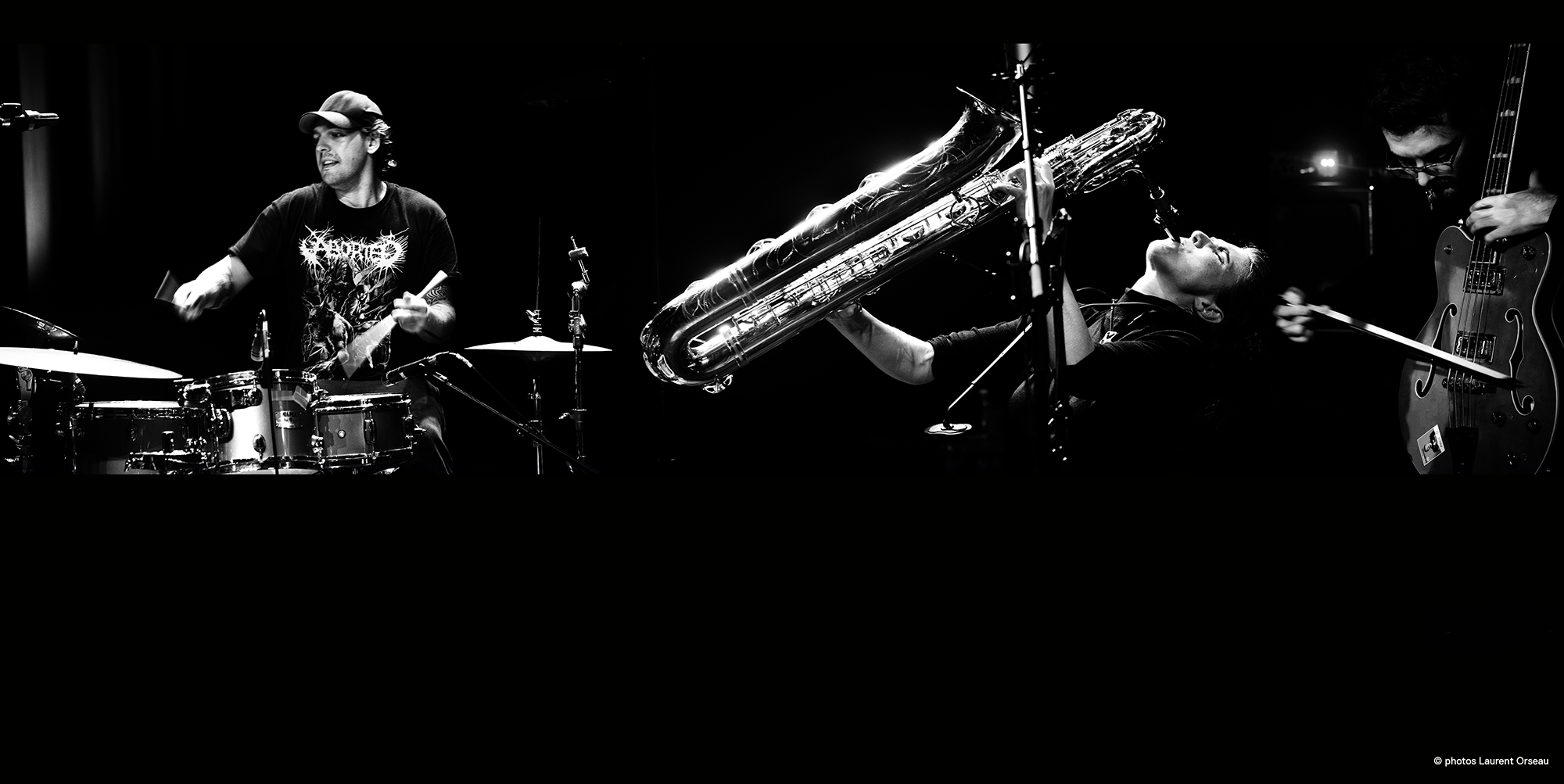 In the middle of this years lockdown Hanne De Backer (baritone sax) and Raf Vertessen (drums) walked the Belgian coast with piano player Andreas Bral and a camel. That same pandemic prevents Vertessen to go back to New York where he lives and works but also gives the Belgian audience the chance to see a bit more of his talent as a drummer and composer. At the Summer Bummer Festival De Backer and Vertessen, joined by Terrie Ex and Signe Emmeluth, played a scorching high energy improvised set and now just a couple of days later they are ready to show you another side of their extreme flexibility as musicians in a trio with Raphael Malfliet (g a b b r o) who exchanges his electric bass for electronics. 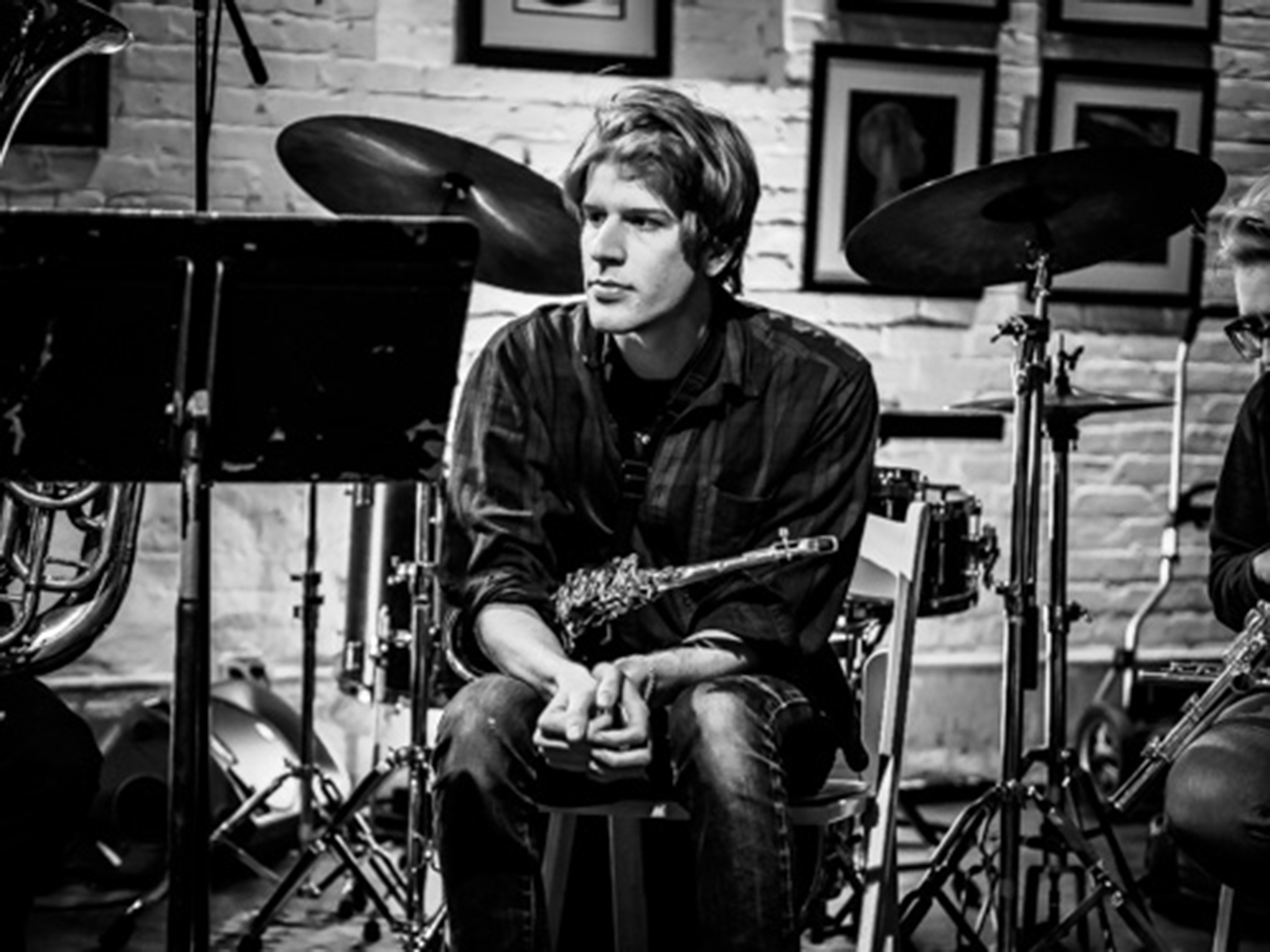 The lyricism and the forward propulsion of jazz and the abstract detail of contemporary classical music in combination with the intensity and immediacy of extreme rock forms and noise, that’s what saxophonist, composer and improviser Chris Pitsiokos tries to establish solo and often in the company of good people like Lydia Lunch, Tyshawn Sorey, Peter Evans, Paul Lytton, Tim Dahl, C. Spencer Yeh, Nate Wooley and Weasel Walter to name just a few. In addition to performing and composing music, Chris was a long time DJ at WKCR-FM and has been producing concerts in Brooklyn and Manhattan. He was a contributor to Arcana VIII, a book of essays edited by John Zorn, and was a resident at Zorn’s club the Stone in November 2016. The legendary Moers festival invited Pitsiokos in 2018 en this year he appeared at the same festival with his out rock and funk band Strictly Missionary.