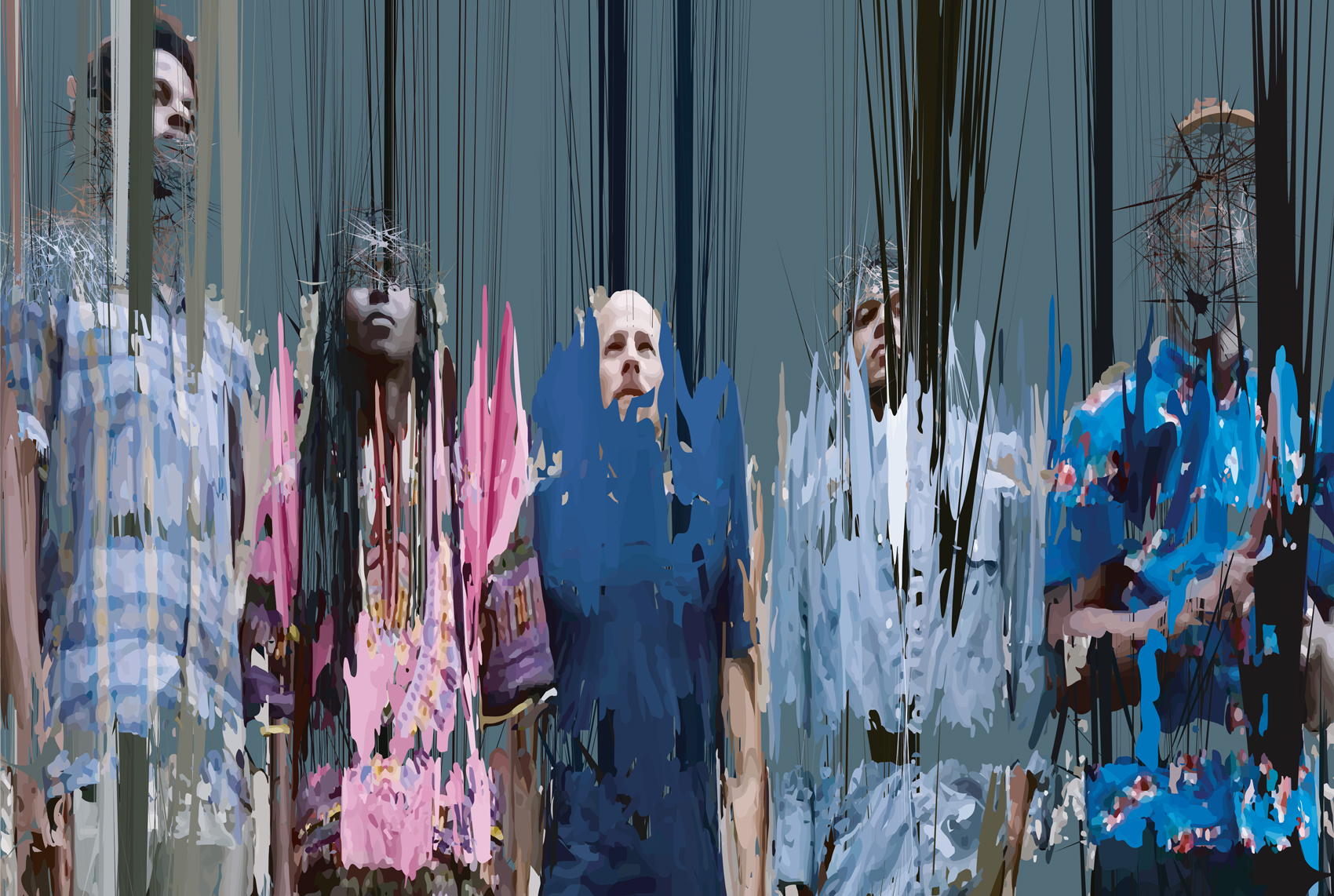 Irreversible Entanglements are a liberation-oriented free jazz collective formed in early 2015 by saxophonist Keir Neuringer, poet Camae Ayewa (a.k.a. Moor Mother) and bassist Luke Stewart, who came together to perform at a Musicians Against Police Brutality event organised after the slaying of Akai Gurley by the NYPD. Months later the group added trumpeter Aquiles Navarro and drummer Tcheser Holmes for a single day of recording at Seizure’s Palace in Brooklyn, and the full quintet’s first time playing together was captured for their startling self titled debut released in 2017 on both International Anthem Recording Company (Jamie Branch, Angel Bat Dawid) and Don Giovanni Records (Moor Mother, Aye Nako).

Inspired by iconic free jazz artists like New York Art Quartet and Amiri Baraka or landmark recordings like Ornette Coleman’s Science Fiction and Sun Ra’s Black Mass, the spirit and subject the band channels and explores represent a return to a central tenant of the sound as it was founded – to be a vehicle for black liberation. As creative and adventurous as any recording of contemporary avant-garde jazz but offering listeners no abstractions to hide behind, this is music that both honors and defies tradition, speaking to the present while insisting on the future.

‘… Just like, let’s say, Public Enemy a couple of decades ago Irreversible Entanglements above all sounds intelligent, militant and rigid. That’s exactly what’s needed. This music and this message joining forces in the same battle. Fuck off with all that mediocre bull.  It’s good to be reminded of this fact.’ Guy Peters – Enola The Ångstromers is a cluster of sound artists and musicians who gravitate around the Brussels based Ångström Records (Aymeric de Tapol, Fujako) and its celestial twin Ångstrom Mastering. For this special occasion Ångstromer members Frederic Alstadt (electronics) and Nicolas Esterle (electronics) will use their ‘Ayiti Kongo Dub’ as live soundtrack to the oneiric film collage Congo Thru Kongo.

Ayiti Kongo Dub is a versioning of recordings The Ångstromers created with the rhythm section of their Haitian collaborators Chouk Bwa, Gomez Henri, Jean Rigo Aimable & Mercier Mazaka Lakwa pairing Kongo (Vodou rite) ceremonial drumming with electronics, feedback, delays, bass and field recordings in order to create a more sound system oriented polyrhythmic trancedelic experience. Congo Thru Kongo is a collage of filmic impressions made by Alstadt’s grandfather on Super 8 camera shot in the late sixties while working for over a decade in Congo. The Ångstromers will now feedback audio-visually on the complexities of the Belgian involvement in Congo with the intricate templexities of Kongo ceremonies – a branch of Vodou rites in Haiti that are practiced by the descendants of former slaves displaced from Congo. Though references to the output of Jeri Jeri & Mark Ernestus, Adrian Sherwood & African Headcharge, Konono nr 1 or even Jean Claude Rousseau’s experimental Super 8 film La Vallée Close are certainly there, The Ångstromers forge a totally unique audiovisual appoach with their Ayiti Kongo Dub soundtrack to Congo Thru Kongo. Eysermans performed earlier with artists appearing in the Oorstof series like Frans Van Isacker and Audrey Lauro and now is hitting the stage for the first time with American tenor saxophone player John Dikeman, who made his mark in the Oorstof series since 2014 with Universal Indians feat. Joe McPhee, Cactus Truck, Dikeman-Gebruers-Antunes… Since 2008 Dikeman is one of the mainstays in the Amsterdam free jazz and improvised music scene and always – as this evening in duo with Ann Eysermans shows – in search of new musical challenges.