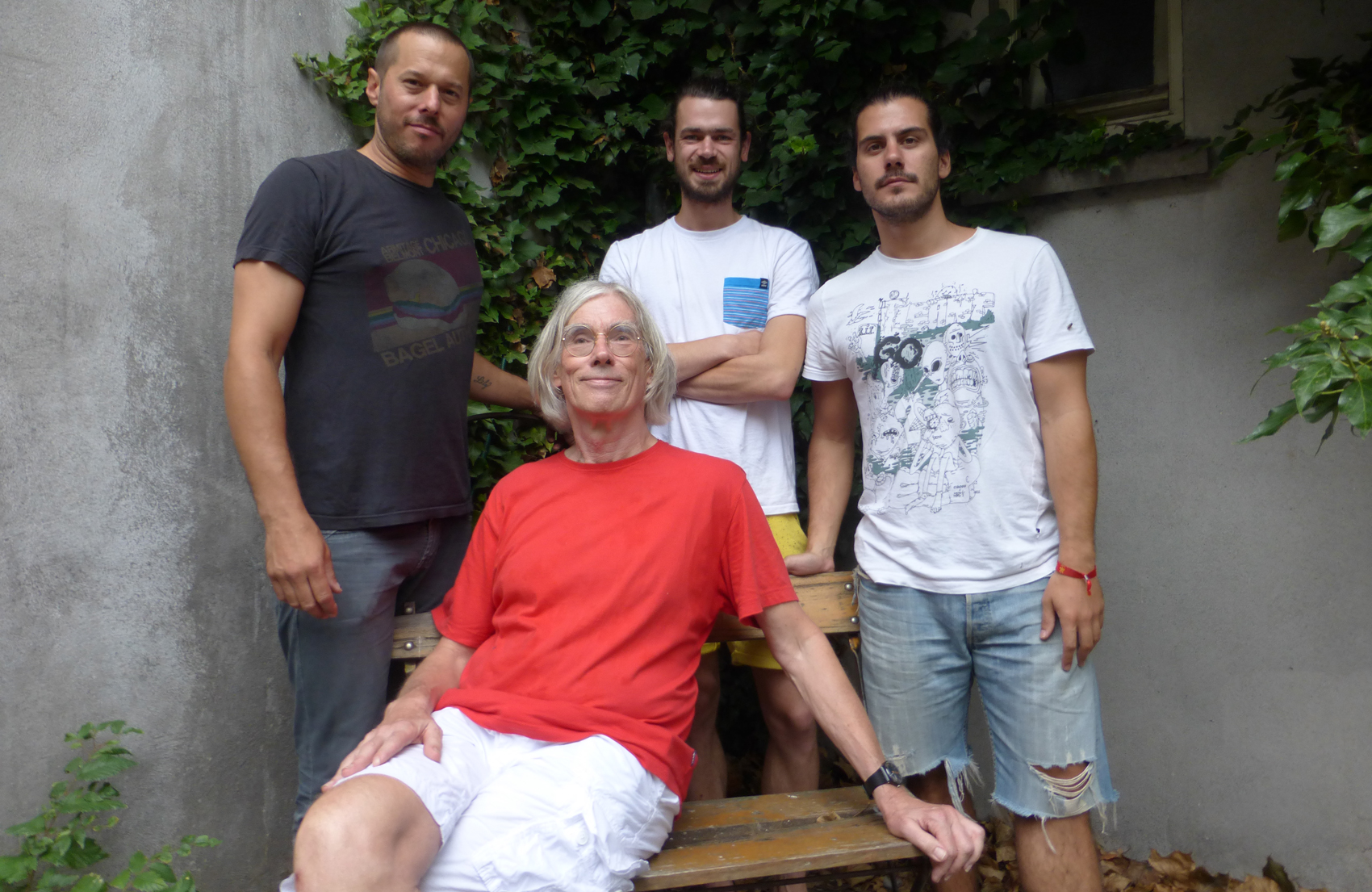 When Jaap Blonk turned 65, he thought it was time to start a young and energetic band again. He aptly named it ‘Retirement Overdue‘. Key words for this band are: rough energy, unpredictable, freedom, dada-punk! The drummer is Frank Rosaly, a former mainstay of the Chicago scene whom Blonk had worked with before in several projects. Jasper Stadhouders has made a name internationally at a young age, as a virtuosic and adventurous guitarist. Miguel Petruccelli is from Uruguay and has been based and worked in Amsterdam for several years now. Miguel and Jasper can both play guitar as well as bass guitar, which gives the band more variety of sound.

Jaap Blonk (born 1953 in Woerden, Netherlands) is a self-taught composer, performer and poet. He went to university for mathematics and musicology but did not finish those studies. In the late 1970s he started to compose music. A few years later he discovered his potential as a vocal performer, at first in reciting poetry and later on in improvisations and his own compositions. From around the year 1995 on Blonk started work with electronics, at first using samples of his own voice, then extending the field to include pure sound synthesis as well. As a vocalist, Jaap Blonk is unique for his powerful stage presence and keen grasp of structure, even in free improvisation. He has performed around the world, on all continents. With the use of live electronics and visuals the scope and range of his concerts has acquired a considerable