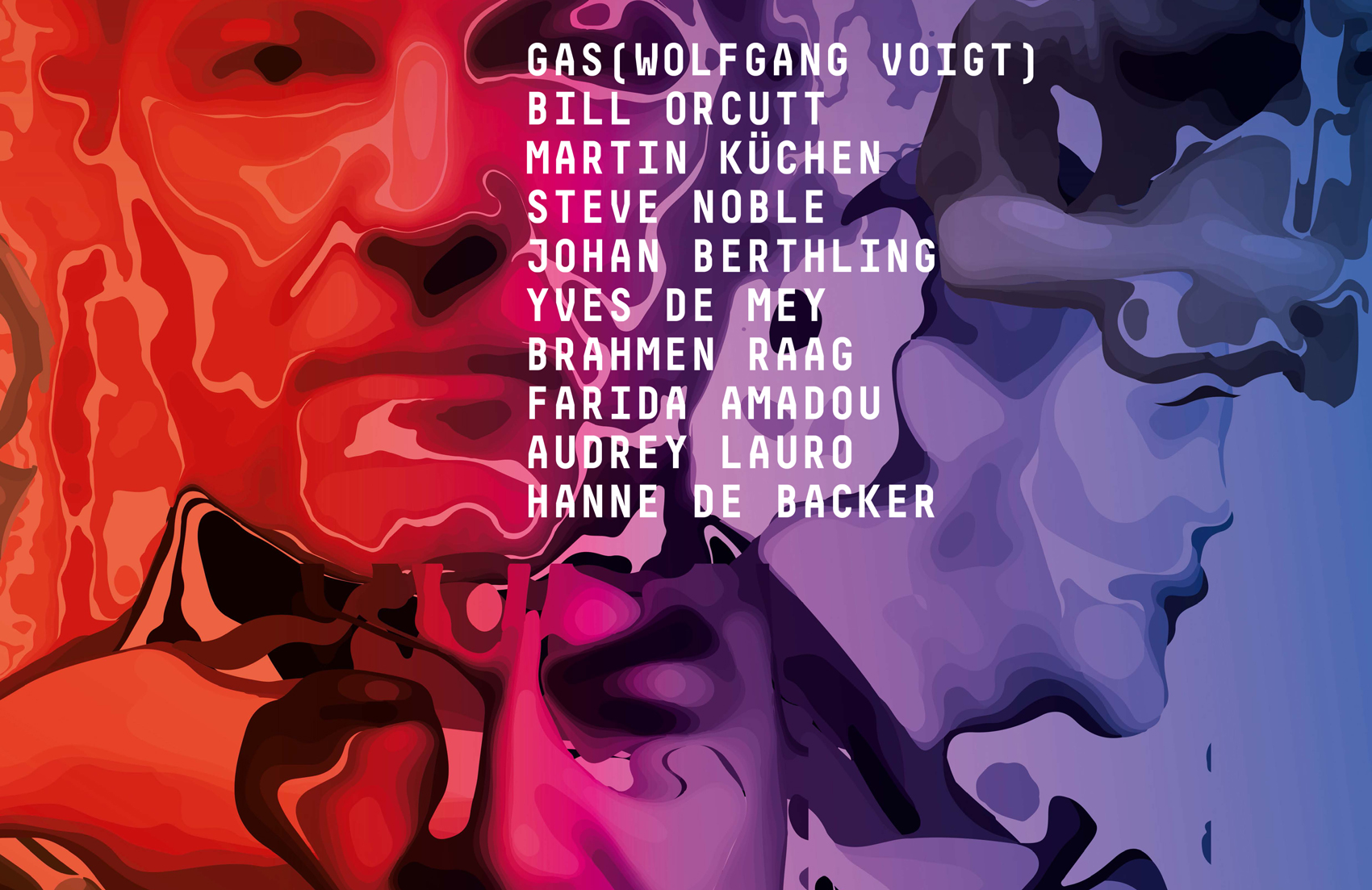 Summer Bummer 2017 stands for adventurous music in all it’s layers and appearances. This will show already on day 1 with the impressive electronic soundscapes and visuals of GAS (WOLFGANG VOIGT), the sublime mix of punk, blues and free improvised music by BILL ORCUTT (electric guitar), the exceptional dynamic of Angels 9, Fire! and Saint Francis Duo skilfully contorted by the trio of MARTIN KÜCHEN (sax), JOHAN BERTHLING (bass) and STEVE NOBLE (drums), the unpredictable and challenging electronics of YVES DE MEY, the mind expanding wall of drones and swats of analogue synths constructed by DSR Lines and Hellvete under the BRAHMEN RAAG banner and the spontaneous interaction between FARIDA AMADOU (bass), AUDREY LAURO (alto sax) and HANNE DE BACKER (baritone sax). After 17 years Wolfgang Voigt – one of the founders of the prolific and influential Kompakt label – surprises just about everyone with Narkopop, a brand new release on Kompakt under his Gas moniker. This follow up to Pop, released in 2000, is taking ambient electronic music to a whole new level entirely and ranks, rightfully so, already as one of the best releases of 2017. To support the Narkopop release Wolfgang Voigt developed a unique audiovisual live set that will bring Gas to stages all of the world. The unique setting of Summer Bummer at the Zuiderpershuis is one of them, an experience you don’t want to miss ! After years of  noisy racket with Harry Pussy, Bill Orcutt refers as much to blues and folk as he does to his older work when working under his own name. On the brand new release Bill Orcutt for Palilalia, Orcutt switches from acoustic to electric guitar, revives and reworks some surprising classics – Lonely Woman, White Christmas, Ol Man River, Over The Rainbow, just to name a few, and touches quite often, also in his own work and without trepidation a truly delicate and emotional string.

With the brand new release Threnody at The Gates for the renowned Trost label under the arm this Swedish-English free jazz alliance is one of the most anticipated live acts of the moment. The innovating Swedish reed player Martin Küchen (Angles 9, All Included) finds the perfect rhythm tandem in the English drummer, percussionist Steve Noble (Saint Francis Duo, Evan Parker, Peter Brötzmann) and the Swedish bass player Johan Berthling (Fire !, Fire ! Orchestra) Yves De Mey is one of the mainstays of the Belgian electronic music scene. His 2016 release Drawn with Shadow Pens for the Austrian Spectrum Tools label was a successful attempt at striving to reach new a new apex in modern electronic synthesis, constructed out of mono tracks. An album that will sound futuristic even in the future. To make sure you get the big picture and the diversity of this electronic centipede please also check Loyal Subjectivity for Archives Intérieures (2016) or  Late Night Patching 1 (2016) for Entr’acte. Live De Mey’s electronics can, and most likely will, bounce off in any direction… Brahmen Raag is the name under which Glen Steenkiste (Hellvete) and David Edren (DSR lines) commit a true symbiosis of their solo works in a partnership balancing the differences and similarities between instant composition, improvisation and raga’s using both acoustic (harmonium, Shruti Box) and electronic instruments (effects, modular synths). Their first musical output was released on tape in april 2016 on the Hare Akedod label, new recordings and release(s) are planned for 2017.

Hanne De Backer (baritone sax), Farida Amadou (el. bass) and Audrey Lauro (alto sax) appeared this spring in the Oorstof-series with g a b b r o, Nystagmus and lauroshilau. It turned out to be very memorable concerts by young and passionate musicians that place a high value on improvisation and are working their way to the fore more and more. For Summer Bummer they are engaging into a challenging first time collaboration.