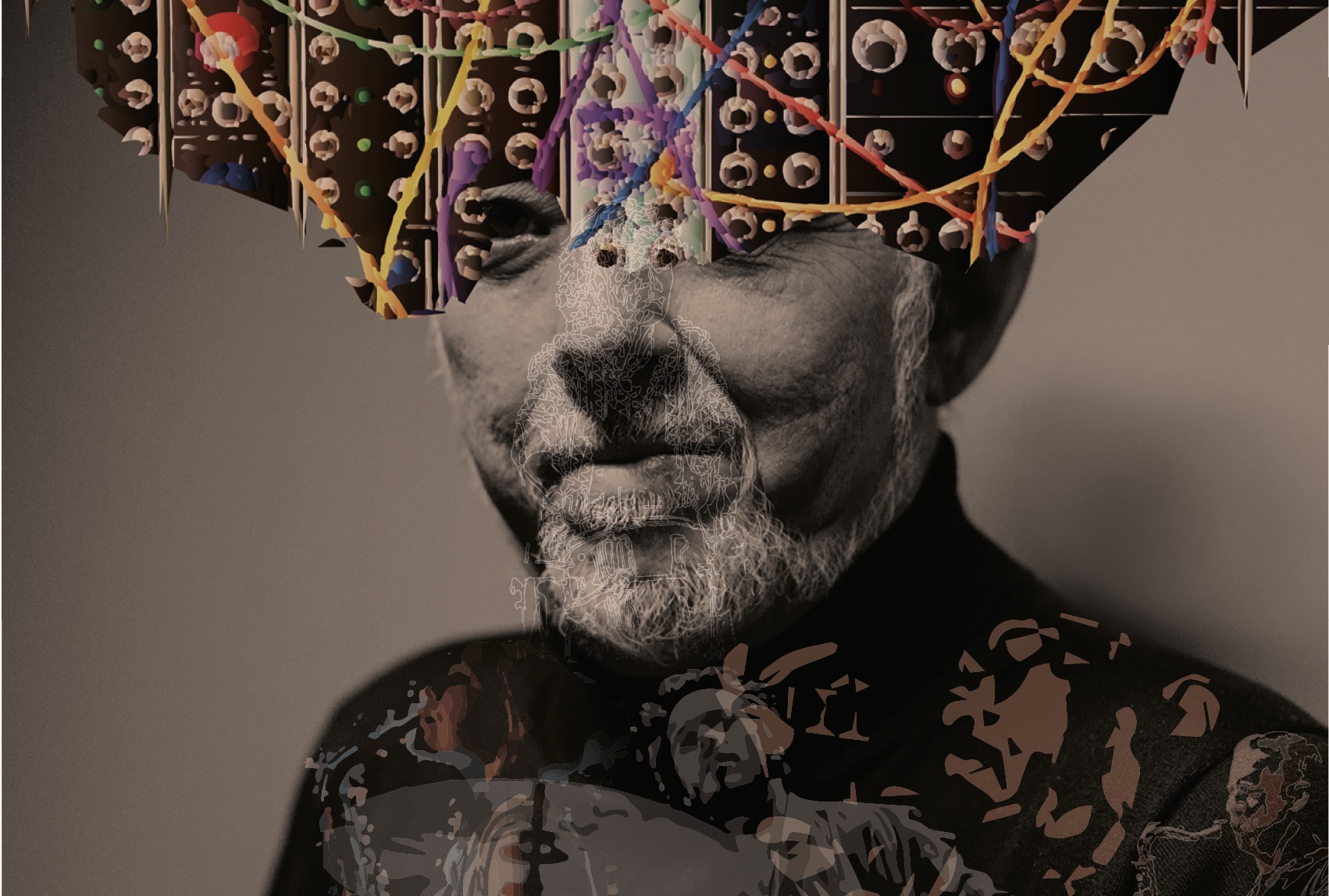 On the second day of the Summer Bummer Festival: THE FOUNDER EFFECT with British improv mainstays ALAN WILKINSON, JOHN COXON, PAT THOMAS and STEVE NOBLE are joined by J.SPACEMAN the legendary frontman and guitar player  of Spacemen 3 and Spiritualized, DENNIS TYFUS and METTE RASMUSSEN aka the crackling duo BAZUINSCHAL will be joined by the equally legendary and truly inspring reed and trumpet player JOE McPHEE, the Portugese armada THE ATTIC with RODRIGO AMADO and GONÇALO ALMEIDA will be invaded by the hardest working Dutch drummer ONNO GOVAERT, power improv will be lifted to the next level by DIDI KERN and PHILIPP QUEHENBERGER with just drums and keyboards, ALEXANDER HAWKINS, TOBIAS DELIUS and ERIC BOEREN ignore the rhythm section all together and go at it with piano, reeds and brass, G A B B R O the tight baritone sax duo of HANNE DE BACKER and MARC DE MAESENEER will get extended to a solid 4tet with the delicate abstract vocals of AGNES HVIZDALEK and the controlled low rumblings of bass player RAPHAEL MALFLIET and years of experience in resonating sounds and improvisation will be shared by LIMPE FUCHS  in a hands-on workshop. Next to the captivating concerts, also on this second festival day, there will be a free of entrance part of the festival where you can enjoy a dedicated RECORD FAIR, some surprising music FILMS and a stand with homemade SLOW FOOD. THE FOUNDER EFFECT WITH J.SPACEMAN

With John Coxon, Steve Noble, Pat Thomas, Alan Wilkinson and guest J. Spaceman (Spiritualized, Spaceman 3) the Founder Effect combines some of the finest players of the British improvisation scene. Around 2000 guitar player John Coxon seemingly effortless switched from drum & bass to adventurous sounds and improvisation, he moonlites in bands like Spiritualized and The About Group and manages the preeminent Treader-label. Drummer Steve Noble is one of the most dynamic players in the field of jazz and improvisation. He shines on two Dropa Disc releases: in the company of Stephen O’Malley of SunnO))), recorded at the first Summer Bummer Festival in 2014 and with Evan Parker and John Edwards, recorded at the Oorstof series in 2015.

Since the eighties Alan Wilkinson’s bass clarinet, alto and baritone sax are a roaring presence in the improv scene. He moved from Leeds to Londen in 1990 and has been a central figure in the scene ever since. Over the years Pat Thomas developed a unique approach to the piano combining jazz, improvised music and contemporary composition in an organic way. In addition to this already sublime quartet guitar player J. Spaceman – aka Jason Pierce of legendary bands Spiritualized and Spaceman 3 – gets a free roll and will help push the musical adventures of The Founder Effect to a whole new level. Bazuinschal is the wondrous duo of Mette Rasmussen (alto sax) and Dennis Tyfus (voice, tapes, objects). Bazuingeschal – their first bearing for the Ultra Eczema label – will be presented to the audience during Summer Bummer. But since adventure is in their genes and since both artists think extremely high of the legendary saxophone player and multi-instrumentalist Joe McPhee, we are very honoured indeed to grant their wish to perform for the first time as a trio right here at the Summer Bummer Festival 2018.

Omnipresent that’s the least we can say about the Danish in Trondheim residing sax player Mette Rasmussen.  Her singular and very dynamic way of playing can be heard in many bands and collaborations as diverse as Cocaine Piss, Godspeed You ! Black Emperor, Fire! Orchestra, Alan Silva, Pak Yan Lau, Paul Flaherty, Chris Corsano and Bazuinschal to name a few. Dennis Tyfus, the euphonious artist mixes up contemporary art and music in such an extraordinary and blurring way that it’s almost an offence and that’s exactly why since the summer of 2018 he spends more time in jail (De Nor) than elsewhere. The American reed and copper player Joe McPhee (78 already) made his debut in 1967 at Clifford Thornton’s New Art Ensemble and wrote jazz history with the release of Nation Time in 1970. McPhee appeared earlier in the Oorstof series with Chris Corsano, Paal Nilssen-Love and Universal Indians and now finds a new challenge in the unpredictable trio with Rasmussen and Tyfus.

The Attic is originally the meeting between Gonçalo Almeida (double bass), Rodrigo Amado (tenor sax) and Marco Franco (drums), three influential figures of the Portuguese improvised music scene. Their debut release on No Business records in 2017 was very well received, gaining critical acclaim in the international press. For the Summer Bummer Festival  The Attic will be joined by Onno Govaert who will take the drum seat for what will be an energetic and effusive meeting, where the so called instant composing will be found in a fluid dialogue between the three musicians.

The Portugese bass player Gonçalo Almeida resides in Rotterdam and plays in a variety of projects ranging from modern jazz and free jazz to jazz core and free improvised music. He is a member of bands like Albatre, The Selva and Spinifex and shared the stage with improvisers such has Ab Baars, Balasz Pandi, Chris Speed, Carlos Zíngaro and Fred Lonberg-Holm. Rodrigo Amado is a saxophone player based in Lisbon, leader of Motion Trio and the Wire Quartet. His phrasing, always soulful and singular, has made him into one of the key new players in the European scene, having played with so many stateside and continental icons, like Joe McPhee, Kent Kessler, Chris Corsano, Taylor Ho Bynum and many others. Onno Govaert is a crucial member of the Amsterdam jazz scene and part of the youngest generation of improvising musicians. Govaert is a member of Cactus Truck and The Polyband and has worked with a broad spectrum of musicians like Wilbert de Joode, Ab Baars, Peter Brotzmann, William Parker, Barry Guy, Akira Sakata, Tristan Honsinger…

Vienna based Philipp Quehenberger (Keyboards) and Didi Kern (Drums) have been playing music together since 2002. They have been called ‘two of the most relentlessly energetic improvisers on the planet’ (The Quietus). Other press quotes state that their music ranges from ‘brutal stormy outbreaks to wobbly explorations of time and space and is the harvest of countless meetings, be it in art galleries, clubs, concert halls or smokey dives, they regularly blow away the audience’. In 2017 they founded the independent Vienna based label and platform qed Sounds and the newest offspring of this dynamic duo is the absurdly kinetic album titled LINZ for Boris Hauf’s Berlin-based Shameless label. How kinetic Kern/Quehenberger can make it, will show on August 26th live on stage at the Summer Bummer fest.

Philipp Quehenberger is a gifted piano player, got his passion for synthesizers on his dad’s knee and releases records for labels as diverse as Cheap, Ego Vacuum, Taliban Records, Minimalsoul™ , Editions Mego and Hazard on Laton. He often works with artists like Didi Kern, Ilpo Väisänen (Pan Sonic), Mark Stewart (Pop Group) or Patrick Pulsinger. Didi Kern is one of the busiest and most versatile drummers in the Viennese scene. BulBul, Broken.Heart.Collector, Fuckhead and Poisonous Frequenzies are some of the bands he is associated with and collaborations with artists like Ken Vandermark, Peter Brötzmann, Mats Gustafsson and Weasel Walter he goes far beyond the Austrian borders. The trio Boeren/Delius/Hawkins plays: THREE PORTRAITS.
It’s almost obvious that within these three portraits the one who is portrayed is the soloist. Eric Boeren, Tobias Delius and Alexander Hawkins know how to play a melody, internalise and adapt it to their own liking and add things while improvising. Because all three of them possess these skills and will take turns in their solo moments they create the freedom to actively help colour every individual portrait. For these renowned musicians there’s no freedom without discipline.

Eric Boeren (trumpet, Cornet) is an extremely versatile musician. He works with musicians like Peter Evans, Jason Adasiewicz, Han Bennink, Wilbert de Joode, Mike Reed and last year at Summer Bummer in duo with euphonium player Niels Van Heertum. He’s one of the founders of the Amsterdam musicians collective Stichting Doek and brings for this years Summer Bummer edition a truly amazing trio to the stand with piano and organ player, composer Alexander Hawkins – who became one of the foremost players in the English jazz and improvised music scene over the last couple of years – and the internationally acclaimed reed player Tobias Delius – born in England, raised in Mexico and Germany – who’s residing in Amsterdam where he’s one of the mainstays of the jazz and improvised music scene.

g a b b r o  is the adventurous duo of Belgian baritone saxophone players Hanne De Backer and Marc De Maeseneer. Currently working on new material together with unexpected vocals on several locations, they invite abstract vocalist Agnes Hvizdalek, and electric bass player and composer Raphael Malfliet for a recording session and a concert as g a b b r o 4 at the Summer Bummer Festival. This brand new quartet will aim at granular improvisation where the concept of time is stretched and alienating sounds are the witnesses of a determined musical voyage.

The Belgian Baritone sax players Hanne De Backer and Marc De Maeseneer both actively cover a wide range of the musical spectrum. Still they return to the tradition of jazz and free jazz for inspiration in order to produce something completely of their own, uncompromising and very contemporary. On the g a b b r o debut lp they tried to stretch the limits and explore the possibilities and sound colours of the baritone sax. With the Austrian – residing partly in Oslo – abstract vocalist Agnes Hvizdalek they now add a crucial link to advance into granular improvisation. With the Antwerp based composer and bass player Raphael Malfliet in the ranks who’s work challenges the boundaries of composition, improvisation, space and time, De Backer and De Maeseneer find the delicate balance to complete the line up for g a b b r o 4. For more than forty years Limpe Fuchs uses her voice, viola, self constructed percussion instruments and sound sculptures in bronze, stone and wood to create and develop an unique musical universe. During the short and focused but very organic workshops she will take you back to the essence and simplicity of musical sounds. She will show us how to listen to the internal voice of the instruments and the surroundings and how to develop natural ritmes in order to communicate in a musical way. The participants get a chance to actually play the wondrous instruments and sculptures of Limpe Fuchs and can – without any obligations – bring their own instruments:

– 3 sessions of 35 minutes each for a maximum of 6 people per session.

– Children only under the accompaniment of adults.

-The workshops are free of entrance but registration beforehand is obligated through: info@soundinmotion.be