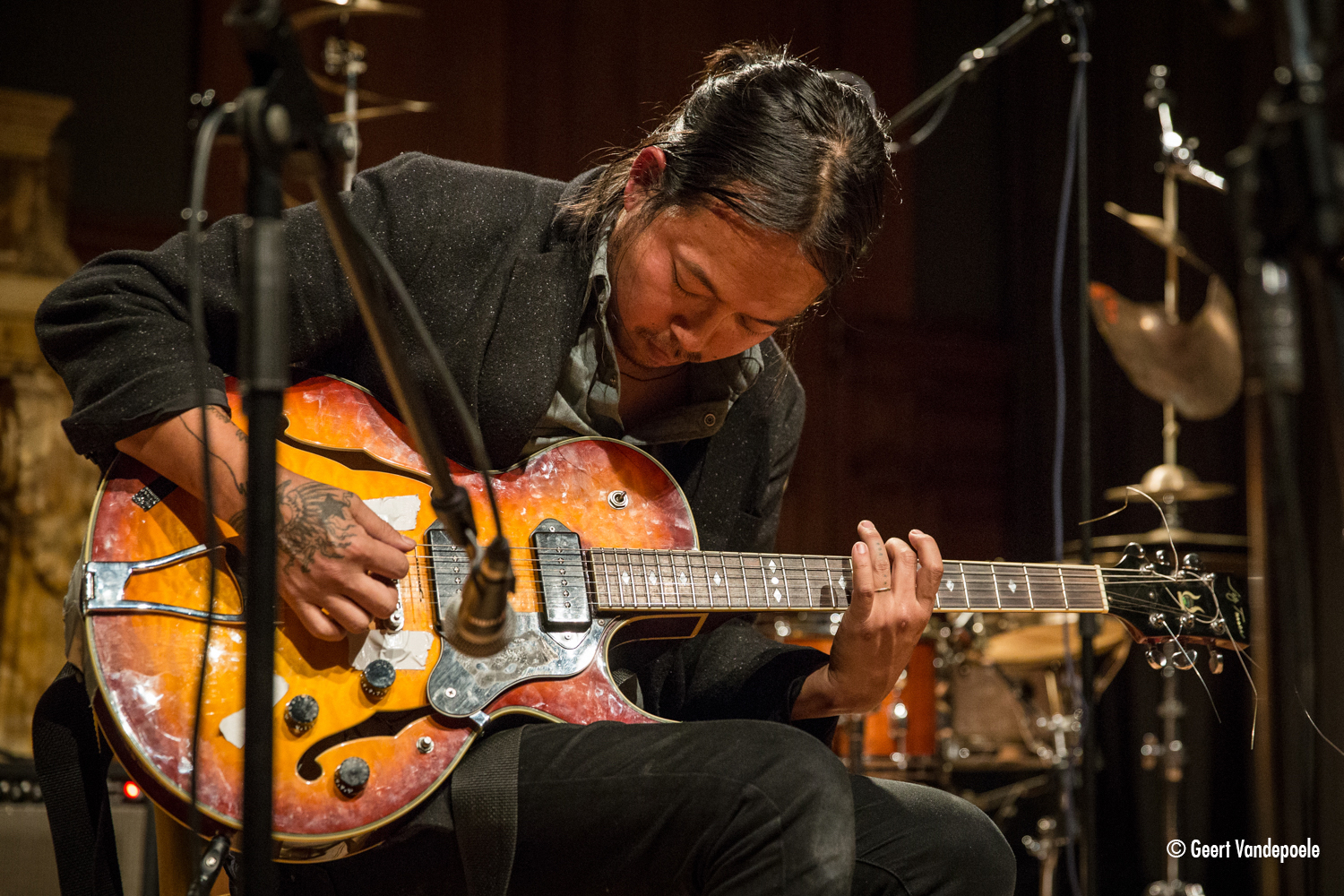 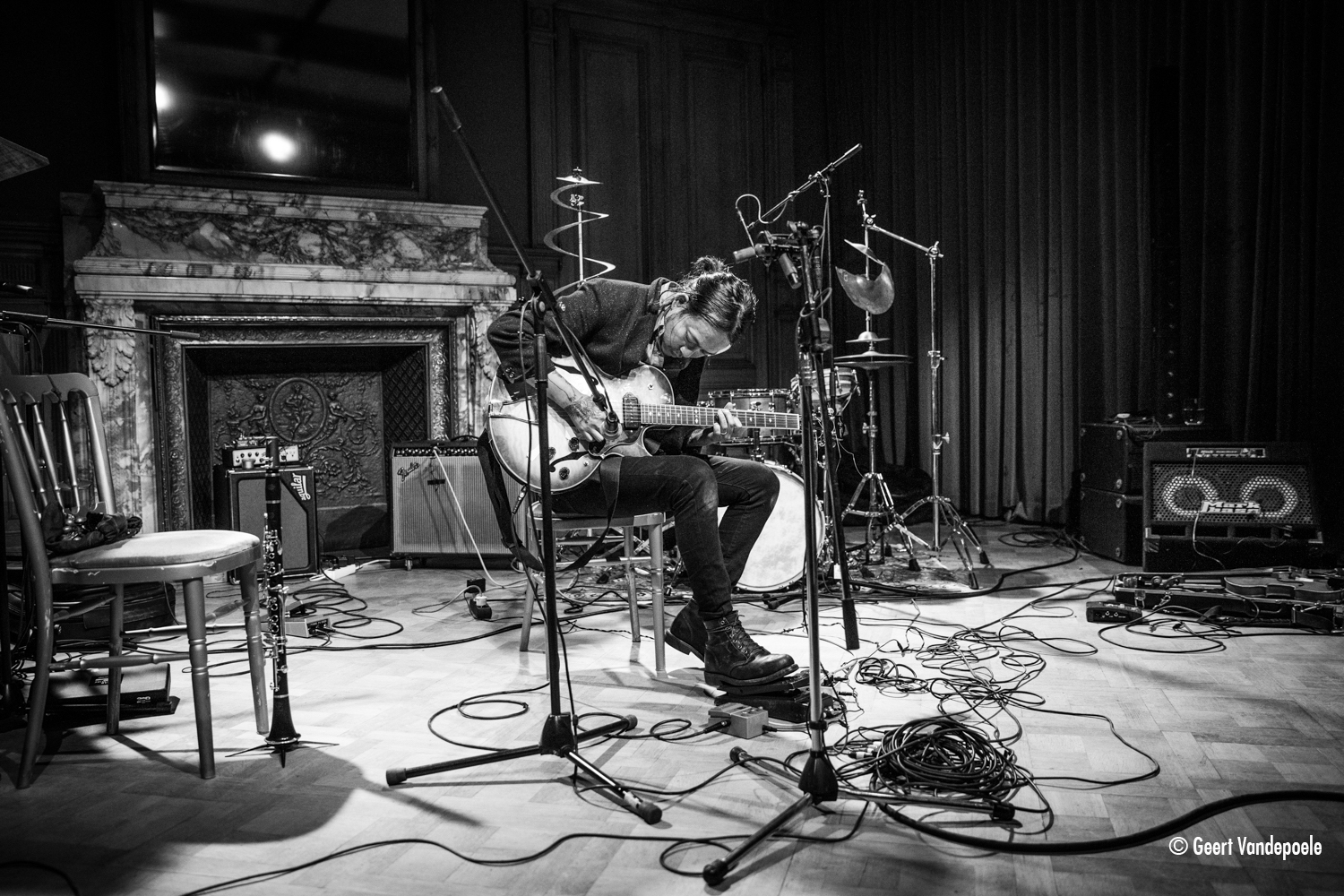 Bhutanese guitar player Tashi Dorji is without any doubt one of the most original improvisors of the moment. His first appearance in the Oorstof series in 2015 – also his first European concert ever – and the following European tour as guest and support of  Godspeed You! Black Emperor was a real triumph. In april 2020 the pandemic forced Dorji to cancel his European tour, and this spring passport problems prevented him to travel, but now he’s finally back in Europe for a series of solo concerts and a highly anticipated stop at AB Salon.

Dorji took in free improvised music for the first time while studying in the U.S., where he still resides. It’s there that Ben Chasny (Six Organs of Admittance) discovered his exceptional talent as guitar player and improvisor. Chasny started the Hermit Hut label in 2014 in order to release Dorji’s Debut album. Though often compared to legends like John Fahey or Derek Bailey, Dorji remains very modest.

In the mean time Dorji started a series of very successful collaborations with artists like Mette Rasmussen, Tyler Damon, Dave Rempis, C. Spencer Yeh, Michael Zerang and Aki Onda, released solo works on fine labels like VDSQ and Drag City and impressed recently with Improvisations for nylon string guitar II and go then, fearless one! two very contrasting digital solo releases. Ancienne Belgique and Oorstof now make way for Dorji and his inimitable solo guitar excursions that will take us from percussive and rhythmic play with a folky and meditative character to extreme and in your face soundscapes.