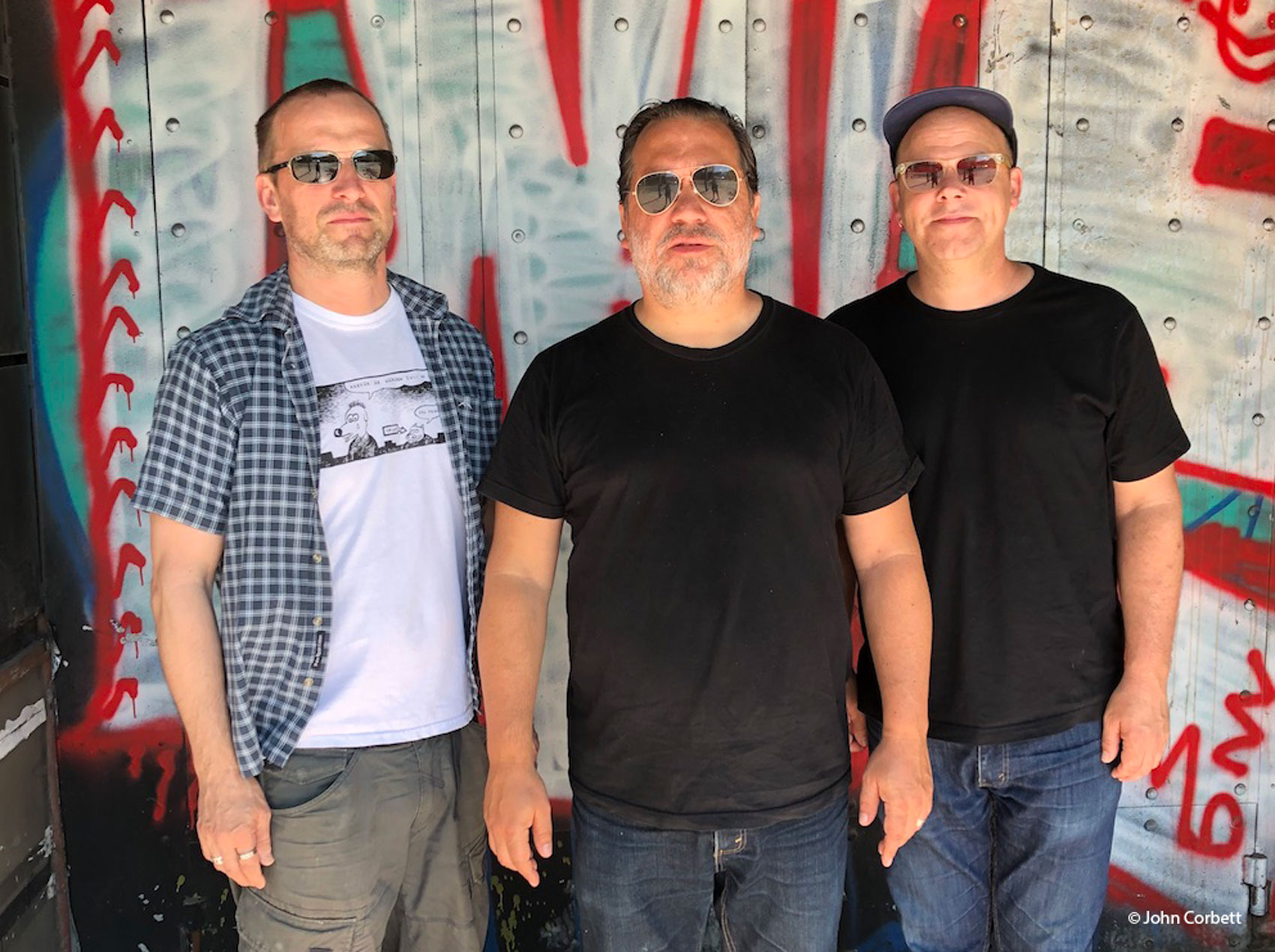 Although Gustafsson, Mazurek, and Grubbs have played together separately and operate within an extensive, overlapping network of collaborators, the three had not convened as a trio until John Corbett proposed the grouping for two nights of concerts in Athens in the summer of 2019. But there is a history: although originally from Sweden, Mats Gustafsson was a regular, vital presence in Chicago during the period when Mazurek and Grubbs were making their mark. It’s Rob Mazurek’s cornet that pushes Grubbs’s band Gastr del Sol (with Jim O’Rourke) to new highs on the track ‘The Seasons Reverse’, and Grubbs and Gustafsson released two duo albums in 1999 and 2003 (Apertura and Off-Road), and have been primed for years to take it to the stage again.

The Underflow shows the trio hitting their stride instantly, ranging widely and weirdly with utter self-possession as they veer between a dense frontline of electronics; Gustafsson’s lapidary fluteophone and explosive baritone sax; Grubbs’s crystalline, athematic voice on the guitar; and Mazurek’s all-bets-off improvisatory wildness on trumpet, sampler, and hollerin’ vocal. Satisfying as it is, this recording is only a hint of what lies ahead for the trio as they plot their first tour. In 1910, the illustrator George Herriman created the Krazy Kat comic strip. Ignatz, a vicious mouse, was Krazy Kat’s arch enemy, and his favourite pastime was to throw bricks at Krazy Kat’s head (who misinterpreted the mouse’s actions as declarations of love). Belgian artist Bram Devens uses Ignatz as his alter-ego, and comes armed with his own pile of bricks; sparse, emotive songs born of the human condition, wrapped in effects, corroded by tape, driven forth by improvisation and spontaneity.

Ignatz’s songs stem from a familiar stripped folk framework, with Devens’ delivery recalling the louche primitivism of V.U. or Henry Flynt – but these songs sound inverted, cast adrift, their cool touch belying a stymied heat beneath the surface. Where Devens’ fretwork is adorned, it is executed with a refined coarseness. Autonomous loops entwine each other. Songs brush past percussion, bass notes, or a scant keyboard motif. A voice recedes from the heart of the song into a dislocated, cracked drawl. Apart from working solo, Ignatz plays with his band ‘De Stervende Honden’ since 2013 with Erik Heestermans and Tommy Denys.

Ignatz contributed to several soundtracks among which ‘Altiplano’ (2009), the long-feature film by critically acclaimed directors-duo Peter Brosens and Jessica Woodworth, ‘What’s in a Name’ (2009) by Eva Küpper, ‘PS Sao Paulo’ (2013) by Leni Huyghe and in 2015 for the theatre show ‘Timothy’ by De Mannschaft. In 2017 he contributed to the soundtrack for the documentary series ‘België Scherpgesteld’ for CANVAS.

In 2018-2019 he created and toured doing the live soundtrack to ‘Liedje voor Gigi’ by Benjamin Verdonck for Toneelhuis, alongside Tomas De Smet.