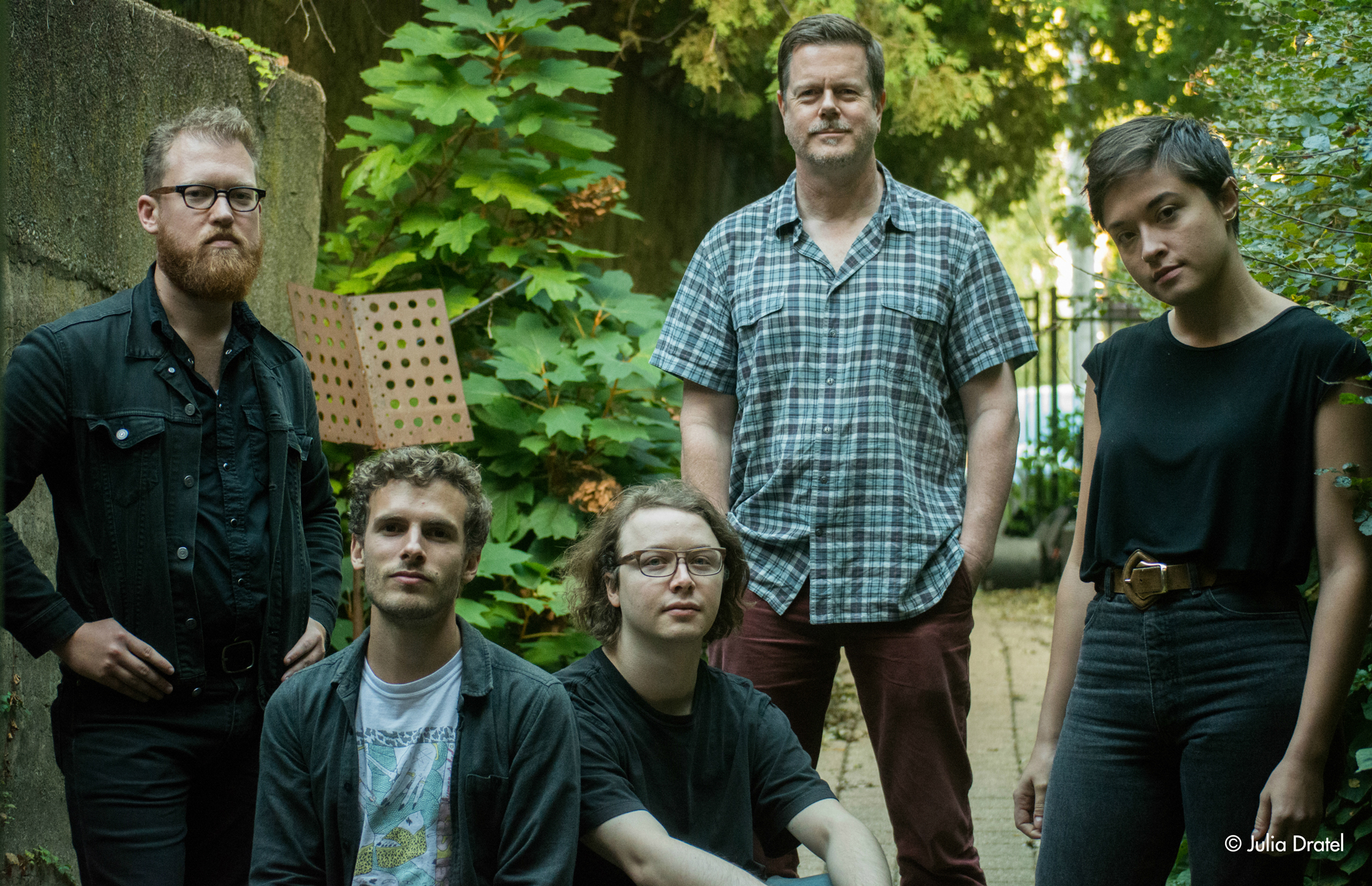 Marker is reed player Ken Vandermark’s newest ensemble as a leader. Deeply inspired by different generations of musicians, directors and visual artists – from George Clinton to Robert Rauschenberg to post punk – Vandermark, Andrew Clinkman (guitar), Steve Marquette (guitar), Macie Stewart (violin, keyboard) and Phil Sudderberg (drums) balance an extraordinary musical playfulness with rigorous virtuosity. That’s what we hear on the debut release Wired for Sound from 2017 and on the Roadwork/Homework box set from 2018.

But the speed at which the music of this ensemble is developing is impressive and most definitely will show on this first day of Visitations when Marker will make it’s debut on a Belgian stage.

Under the Visitations banner Oorstof will show similarities, differences and cross-pollinations between local and international musicians at DE Studio in Antwerp from March 29th until March 31st.

Th main reason for this exceptional 3-day event was the request of Marker – the latest generation Chicago musicians led by reed player Ken Vandermark – to set up a collaboration with local talent during a short residency: Hanne De Backer, Audrey Lauro, Farida Amadou and Stan Maris. Add to this the hefty rhythmic and always captivating Rempis Percussion Quartet – celebrating their 15th anniversary – in a double bill with  the young and music wise equally intens Belgo-Greek trio Don Kapot and the first Visitations editions is a fact.