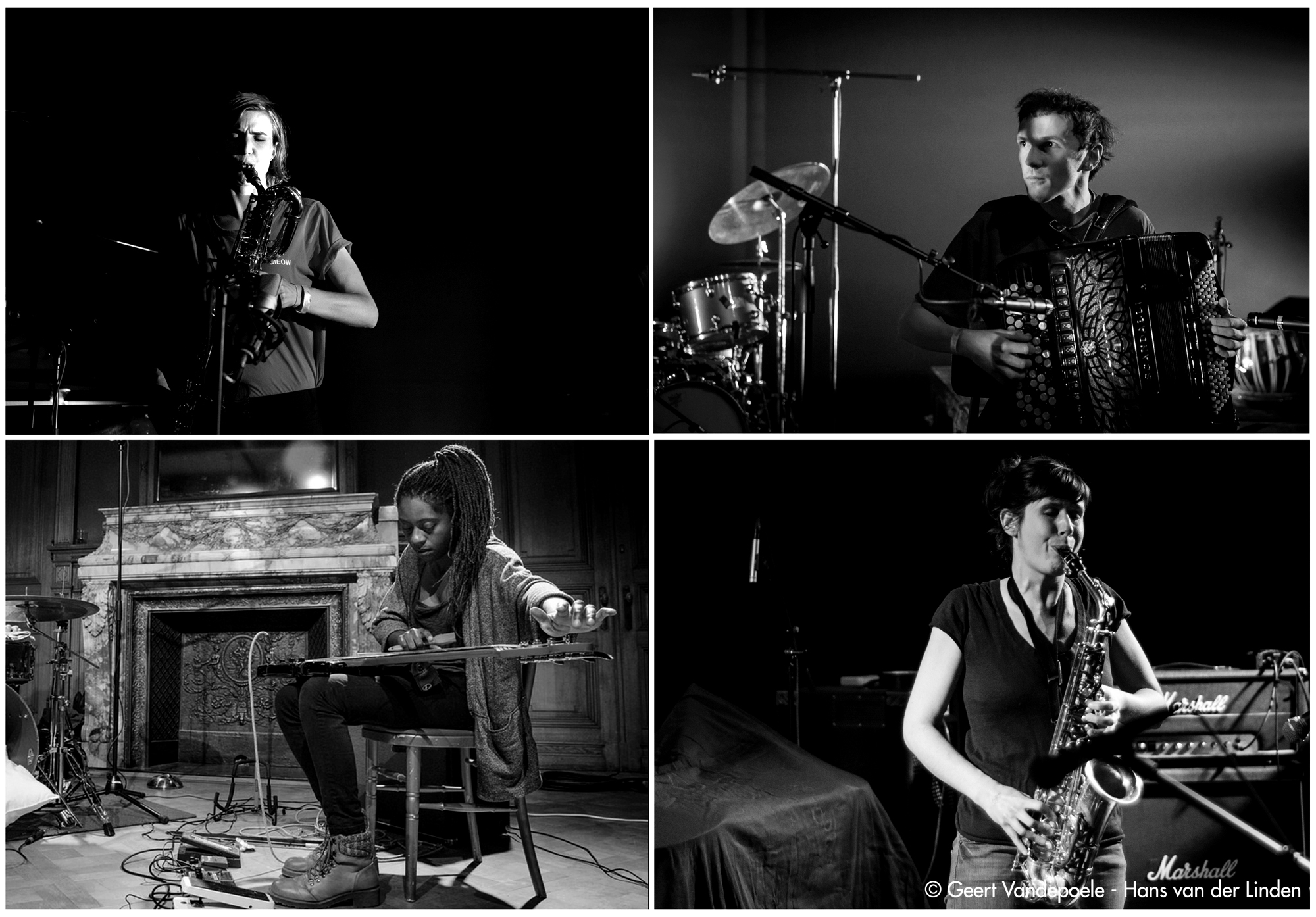 At the request of Ken Vandermark the line-up of Marker on this second day of Visitations will be expanded with a new generation of adventurous Belgian musicians.

Bass player Farida Amadou just recorded a new album with Cocaine Piss at Steve Albini’s Electrical Audio studio’s in Chicago  and charmed the complete London scene in the excellent company of Steve Noble, Thurston Moore and Chris Pitsiokos. Baritone sax player Hanne De Backer expanded g a b b r o, originally a baritone sax duo with Marc De Maeseneer, to a fully-fledged Quartet during the Summer Bummer Festival in 2018. A release of g a b b r o in this constellation is due on Dropa Disc in 2019.  Accordion player Stan Maris will release a first album with Kreis in 2019, one of the revelations of the Summer Bummer Festival 2018, and the flexibility by which alto sax player enhanced collaborations with artists like Martin Küchen, Anna Högberg, Mette Rasmussen, Pak Yan  Lau, Christine Abdelnour and Hanne De Backer can be labelled very impressive indeed.

For this special occasion reed player Ken Vandermark composes brand new material that will be played live by this unique ensemble.

Under the Visitations banner Oorstof will show similarities, differences and cross-pollinations between local and international musicians at DE Studio in Antwerp from March 29th until March 31st.

Th main reason for this exceptional 3-day event was the request of Marker – the latest generation Chicago musicians led by reed player Ken Vandermark – to set up a collaboration with local talent during a short residency: Hanne De Backer, Audrey Lauro, Farida Amadou and Stan Maris. Add to this the hefty rhythmic and always captivating Rempis Percussion Quartet – celebrating their 15th anniversary – in a double bill with  the young and music wise equally intens Belgo-Greek trio Don Kapot and the first Visitations editions is a fact.