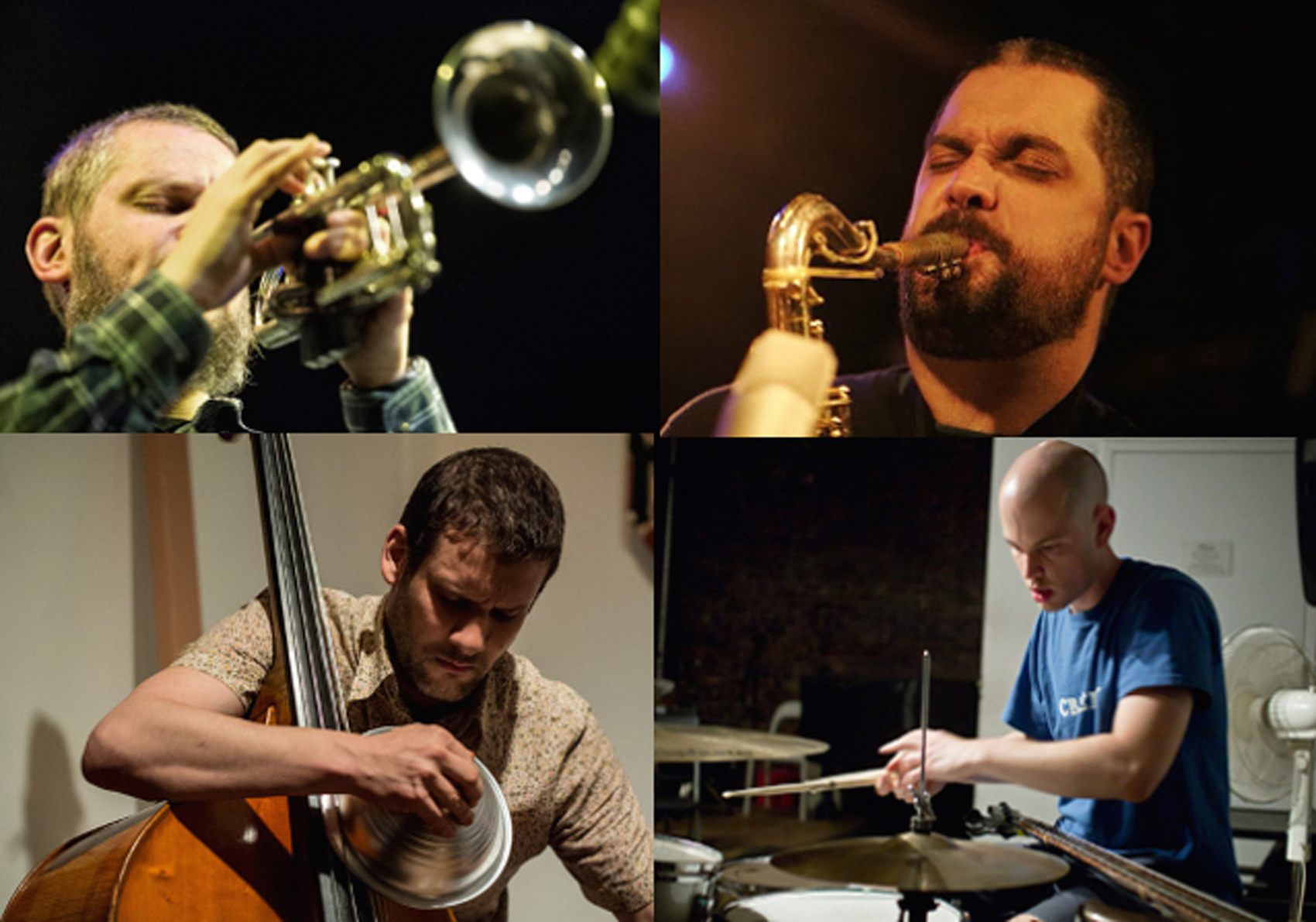 Oorstof and Het Bos present From Wolves To Whales, a new quartet with an all-star lineup including Dave Rempis, Nate Wooley, Pascal Niggenkemper and Chris Corsano on its first ever tour in Europe. Having crossed paths around the world many times over the years, Nate Wooley and Dave Rempis finally realized their long-time intention of forming a band together in the winter of 2014, with a collaborative lineup that can only be described as stellar. Featuring some of the leading lights of both the New York and Chicago improvised music scenes, Rempis and Wooley together with Chris Corsano en Pascal Niggenkemper, all internationally acclaimed players in their own right, found a common language as a unit right from the start. Their eponymous debut recording From Wolves To Whales was made in the studio following three concerts in Manhattan and Brooklyn in February of 2014, and the inventive and a-typical flow of their improvisations shows a band operating at a higher level of creativity from the get-go. This document came out on Aerophonic Records in 2015, and showcases the remarkably broad stylistic range the band has tackled, spanning from microcosmic sound pallets to passages bounding with unbridled energy. After another handful of concerts in Brooklyn in the summer of 2016, the band now sets out for a first European tour and a Belgian stop in the acclaimed Oorstof series at Het Bos.