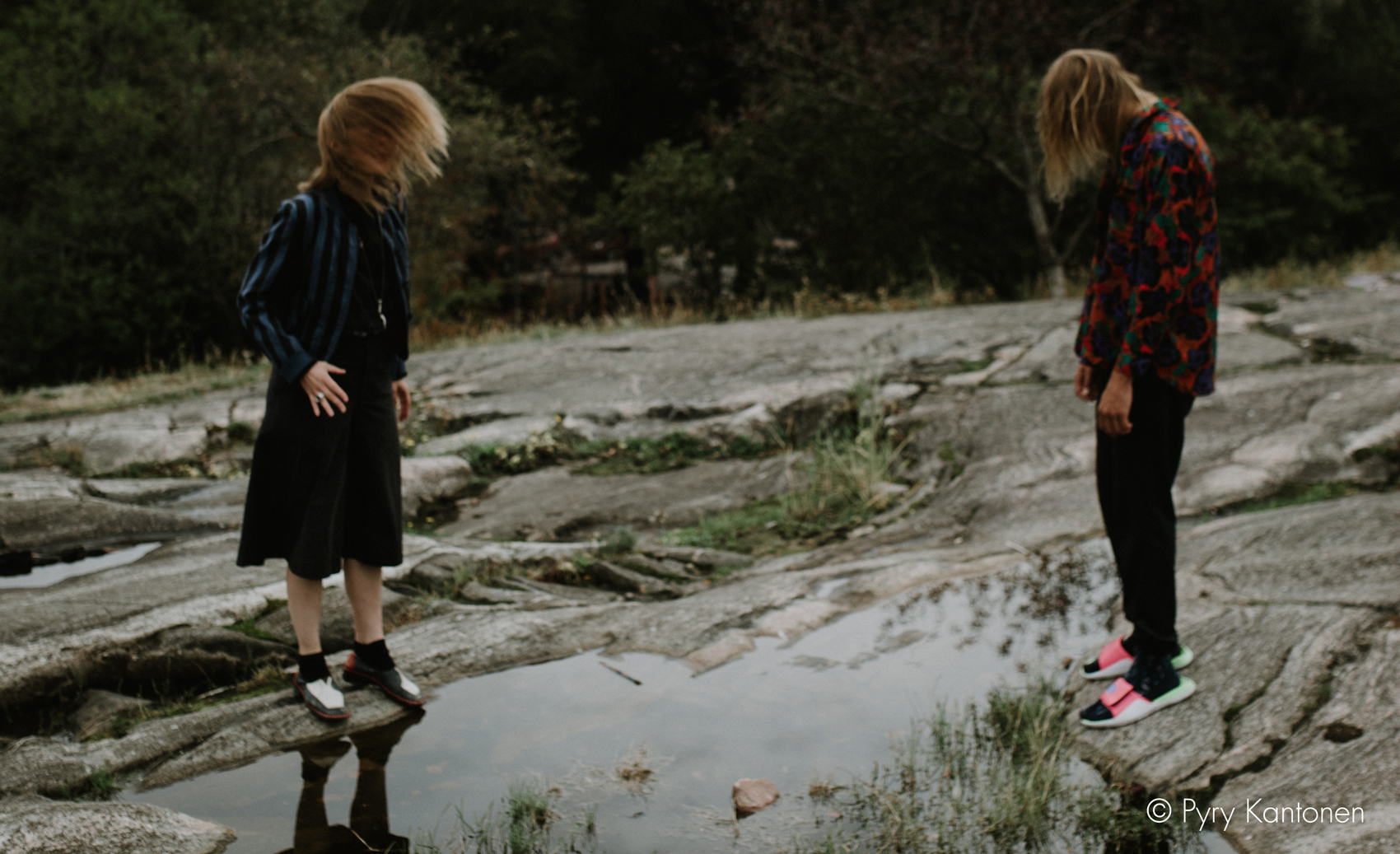 Since her debut in 2004 Finnish artist Islaja (Merja Kokkonen) has released albums on Fonal Records, Thurston Moore’s Ecstatic Peace label, Berlin’s Monika Enterprise and a series of singles on labels such as Not Not Fun and Root Strata. On her most recent album Tarrantulla for Svart Records (December 2017) she carefully dismantles her freak folk past even further by balancing her voice with lo-fi synths, undefined electronics and an occasional but very efficient beat. Also live Islaja shakes up the formula of traditional songwriting and performing by reworking her songs on the spot allowing adventure, chance and improvisation in her music.

And this is exactly what connects Islaja with Tatu Rönkkö, the finnish sound artist and percussionist for whom Efterklang started the new band Liima. Rönkkö appeared out of nowhere sometime around 2010, performing intense improvised concerts in home-­kitchens around Berlin and abroad, using the room and everything in it as his instrument. Over the years he collaborated with renowned players like Nils Frahm, Efterklang, Jimi Tenor, Raoul Björkenheim, ja Verneri Pohjola and Islaja. On his debut album Spheres for Sonic Pieces (June 2018), which includes almost only self-­made instruments from everyday objects, he´s taken this idea to the next level. From tribal experimentations and 90ies jungle ambient textures to electro-­acoustic endeavours it sounds as if Aphex Twin is performing with Konono No1 somewhere in the Finnish woods, while the title track Spheres even links the sound all the way back to early Photek with its reduced cinematic textures and explosive repetitive beats. But do check the incredible centrepiece Tekoäly featuring Islaja on vocals and get a glimps of the sonic adventure these two artists will take you on both solo and in duo on stage at AB Salon.