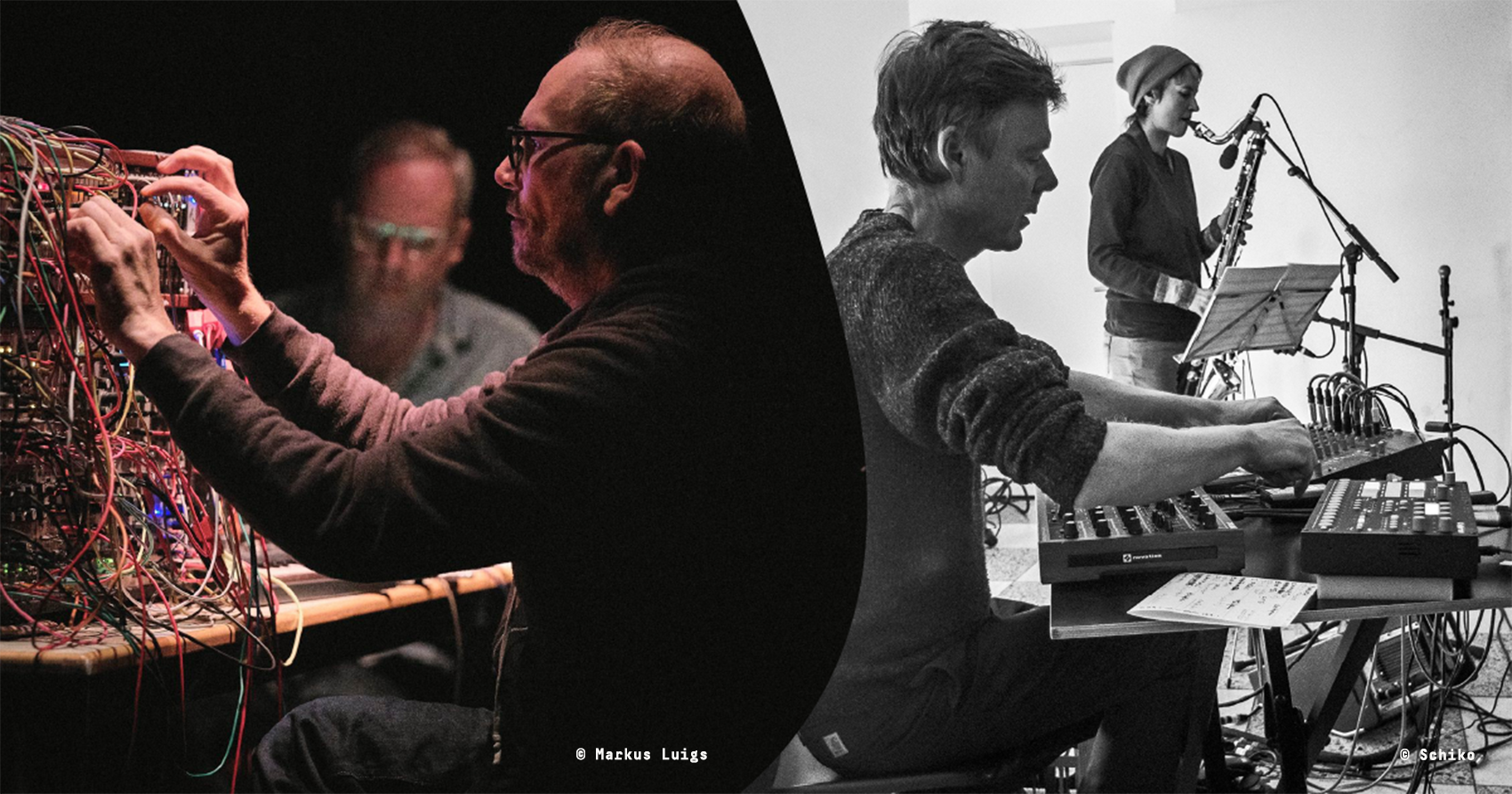 After working together for about three decades in the genre bending rock band The Sea and Cake, Sam Prekop and Tortoise drummer John McEntire finally joined forces as a duo in 2019. Incorporating electronic music into a new context was something they both have wanted to do for a long while. Their debut album ‘Sons Of’ was released by Thrill Jockey in 2022. The elaborate array of synthesizer modules, samplers, trigger pads and effects which the duo implement all serve as potent tools in unearthing unique textures and untapped worlds of possibility. Prekop and McEntire apply their intrinsic understanding of pop architectures to create dynamic movements with ever-shifting tonalities and magnetic grooves that bring us from early house over Manuel Göttsching’s E2-E4 towards new sonic horizons.

For decades Sam Prekop has garnered acclaim for his ensemble and solo work, wherein the modular synthesizer has gained importance over the years. He has worked with steller musicians such as Rob Mazurek (Exploding Star Orchestra), Chad Taylor (Jamie Branch Flie or Die) and Josh Abrams (Natural Information Society).

Being one of the core members of Tortoise, John McEntire has been hugely influential as a musician. He was amongst others part of the influential post-rock band Gastr Del Sol together with David Grubbs and Jim O’Rourke. He is also highly regarded as a recording engineer for bands like Stereolab, Teenage Fanclub and Yo La Tengo. 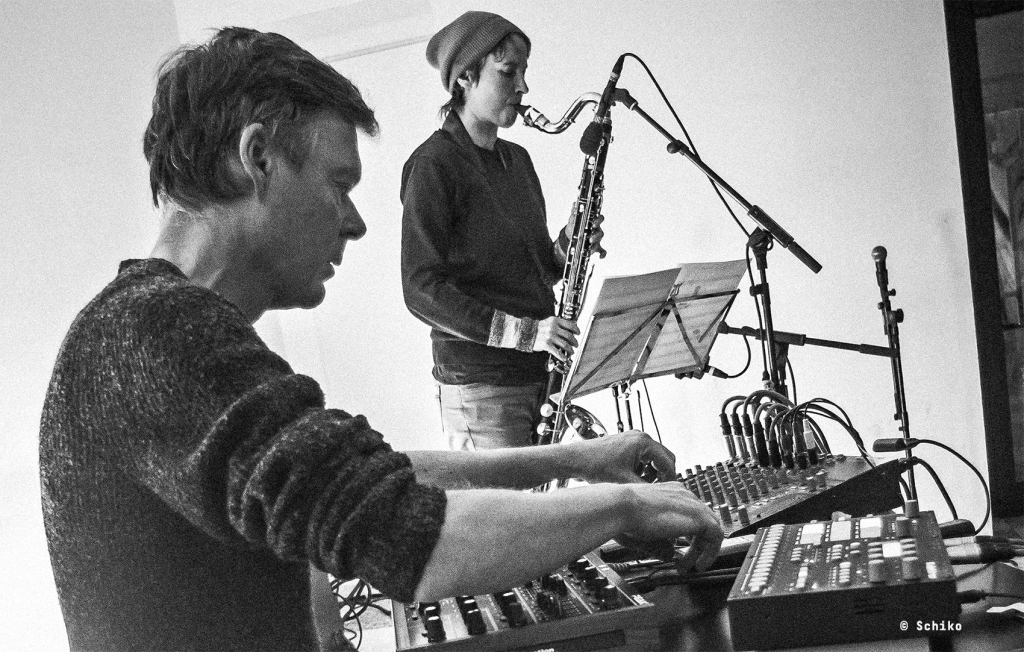 Stefan Schneider (electronics) and Susanna Gartmayer (bass clarinet) met each other in 2015 at the Approximation Festival in Düsseldorf, where the latter’s bass clarinet polyphonies so impressed Schneider that he quickly suggested a collaboration. That same year, they recorded the first part of their debut album ‘Reime’ (2022, TAL records) in Kraftwerk’s former Kling Klang studio. The second part was recorded in the summer of 2020 in Düsseldorf-Kaiserswerth at Stammhaus church, whose interior wood paneling facilitated organic acoustics.

So Sner’s sound is equally oriented towards experiment and tradition, resulting in a myriad of moods and textures, from playful melodic phrases and brooding grooves to pulsating industrial weirdness.

Schneider, an original member of Kreidler and the post rock/eletronica outfit To Rococo Rot, has been involved in experimental music for the past 20 years. Next to his solo project Mapstation, he has collaborated with Sofia Jernberg, Hans-Joachim Roedelius and Hauschka among others.

Susanna Gartmayer has been active as a musician and composer in various realms between experimental rock, improvisation and multimedia sound performance since the early 2000s, releasing the album ‘Smaller Sad’ with Christof Kurzmann and ‘Black Burst Sound Generator’ with Brigitta Bödenauer in 2020.

A collaboration between Ancienne Belgique and Oorstof 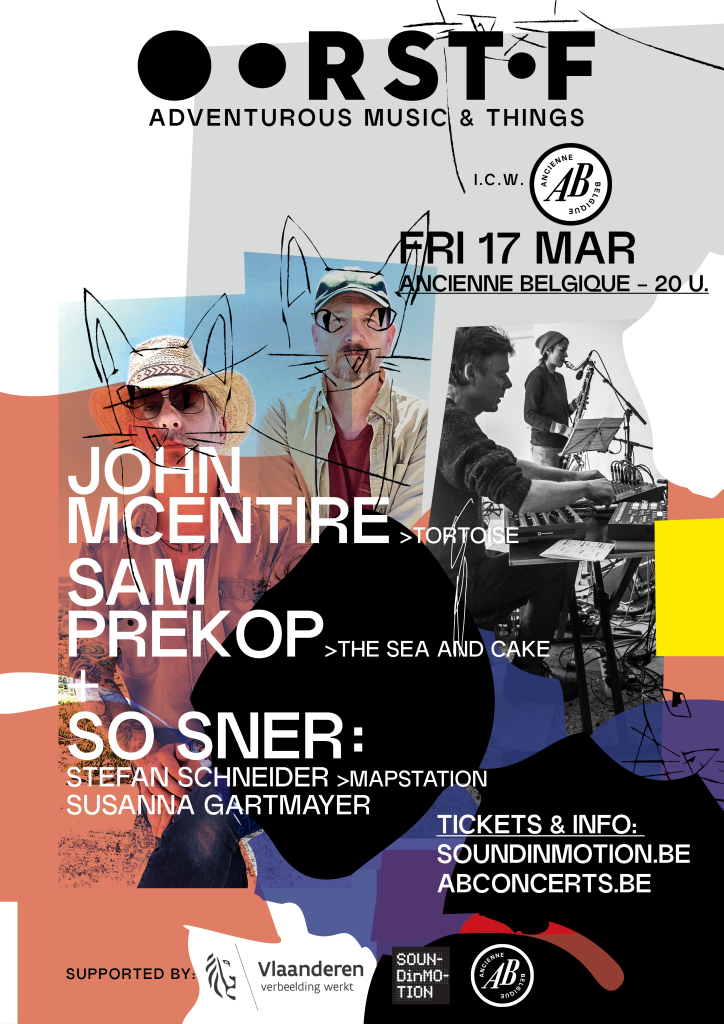