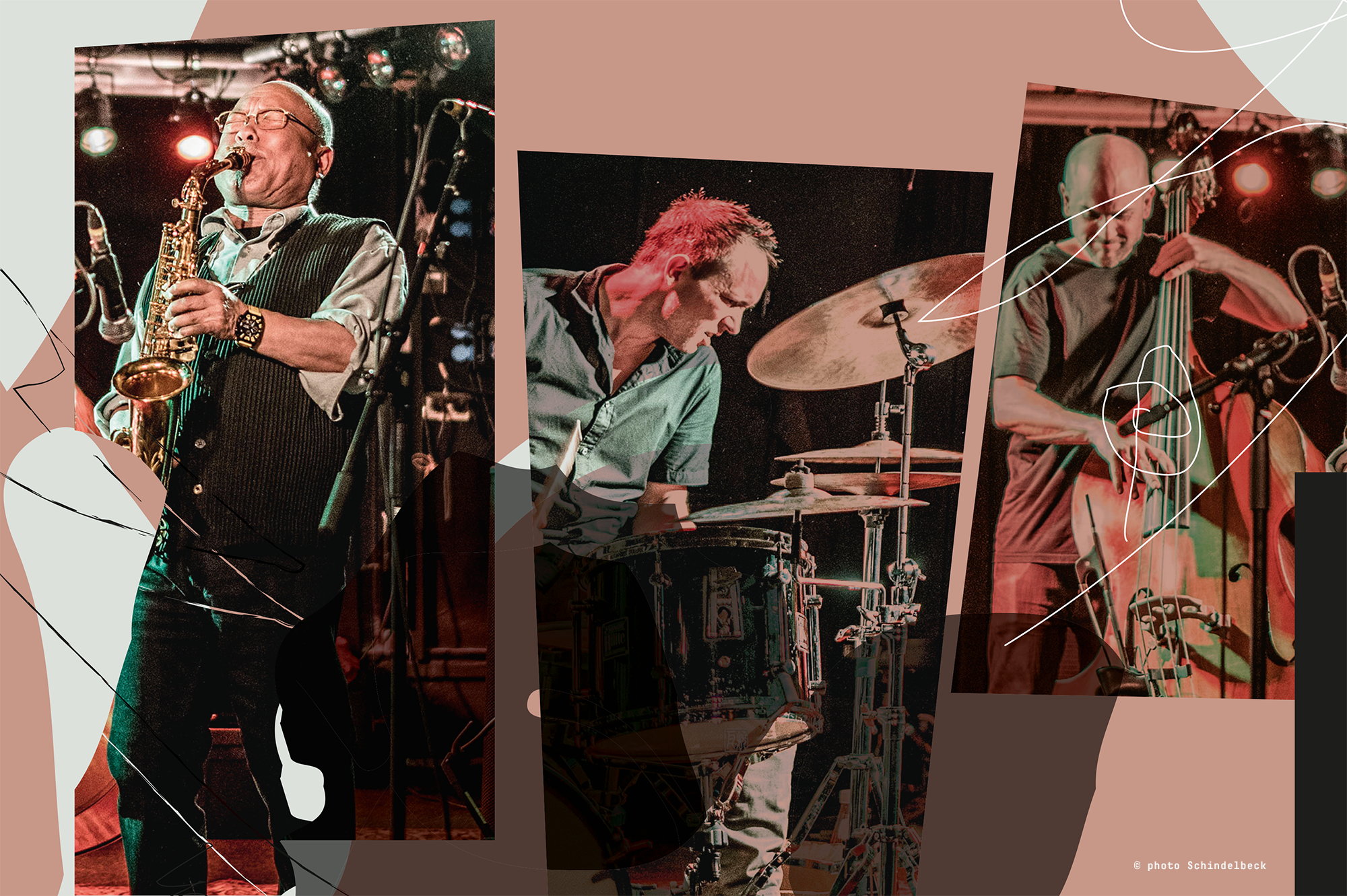 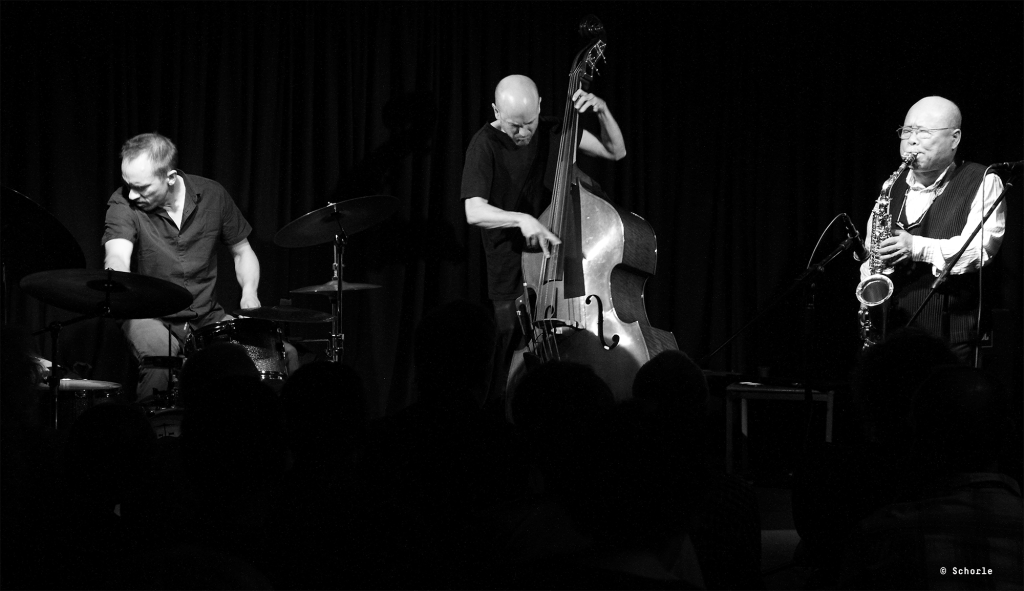 About ten years ago, a special pact was forged between three prominent figures of free jazz and improvisation resulting in Arashi. When the famous Japanese saxophonist Akira Sakata encountered the Swedish bass player Johan Berthling (Fire!) and the Norwegian drummer Paal Nilssen-Love (The Thing), he found the ideal accomplices for what can now be called one of the most dynamic and energetic trio formations of today.

The extraordinary stamina of the three musicians and the will to push themselves and the music beyond traditional boundries, made their first performance at the Molde Jazz Festival in 2013 a huge success. They translated that a few days later to the studio, where they recorded a modern classic with the album ‘Arashi-Storm’ (Trost Records). Two years later, the trio released a follow up record, ‘Semikujira’, which was also used as a soundtrack. Their most recent CD ‘Jikan’ was recently released on PNL Records. After succesful tours in Europa and Japan and a series of cancellations due to the pandemic, Arashi finally embarks on a highly anticipated new series of European concerts.

Sakata, born in 1945, represents the hard core of Japanese free jazz and has a reputation of never leaving the stage dry. Through the work with pianist Yosuke Yamashita and drummer Takeo Moriyama, he has toured throughout Europe and the US. Sakata amazed in 2022 with a set on the Claus stage with the scorching Entasis (Di Domenico, Damianidis, Skoric). With Arashi, he continues his quest to spread that powerful Japanese freejazz worldwide.

Berthling has for many years established himself as a powerfull player through bands like Tape, Fire! and Angles 9. He is also founder and head chief of Häpna Records and delivered with Oren Ambarchi and Andreas Werliin ‘Ghosted’ for the Drag City label, on of the best releases of 2022.

Nilssen-Love is one of Norway’s most active drummers and has established himself as a powerful and a most dynamic musician through regular groups with Mats Gustafsson (The Thing), Peter Brötzmann, Dave Rempis (Ballister), Ken Vandermark and Terrie Ex (Lean Left), and bigger bands like Large Unit and Circus. 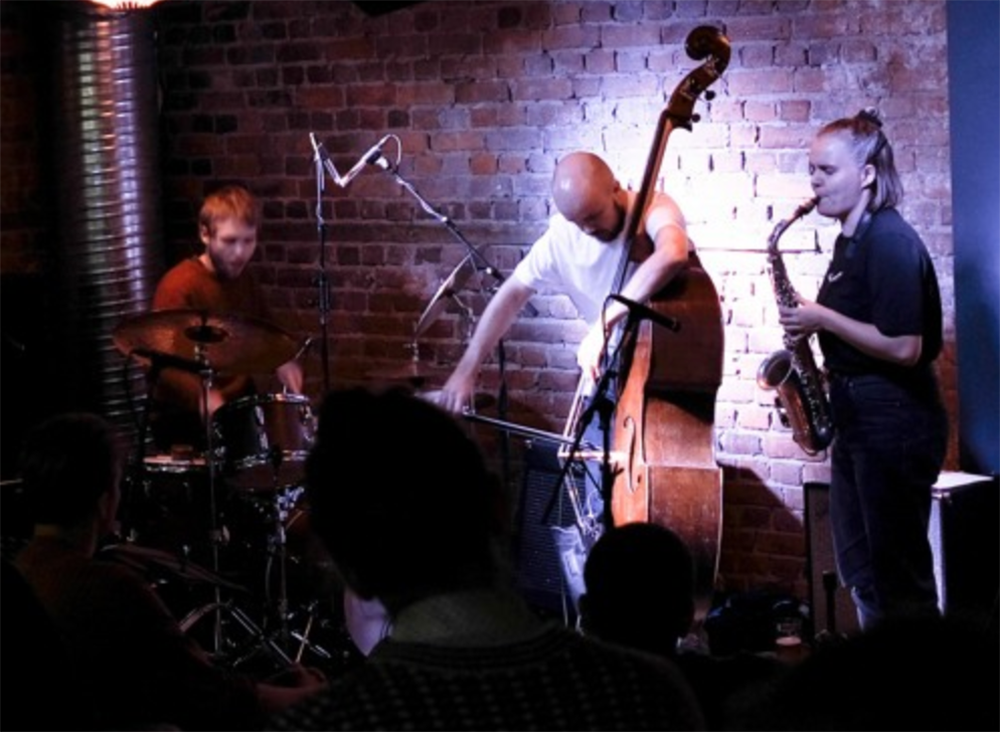 Dahl/Dalen/Søvik is an improvising trio based in Oslo. With backgrounds in free jazz, noise and avant-garde they play music in the tradition of modern free improvisation, inspired by Anthony Braxton, Mette Rasmussen, Ingebrigt Håker Flaten etc.

The trio consists of the Danish, in Norway residing, Amalie Dahl (Dafnie, Trondheim Jazz Orchestra) on alto saxophone, and the Norwegian rhythm section of Henrik Sandstad Dalen (Passe Planta, Sex Magick Wizards) on double bass, and Jomar Jeppsson Søvik (Actual Music) on drums. All three of them are part of the improvised music scene in Oslo. Their debut album ‘Fairytales for Daydreamers’ will be out in March on Nice Things Records. On this live recording from their first performance together, the listener gets to experience the trio’s immediate chemistry through a lively and adventurous 45 minute set. They move confidently through polite introductions, interrogations, deep conversations and heated arguments before at last they reach tender reconciliation, as if they were old friends playing together. 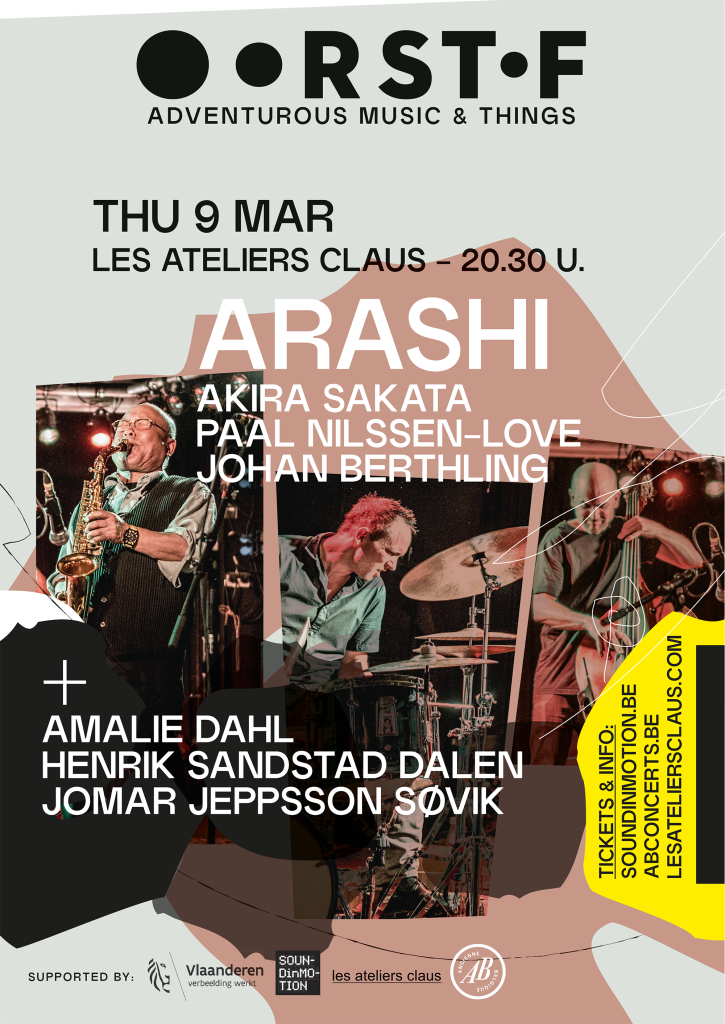