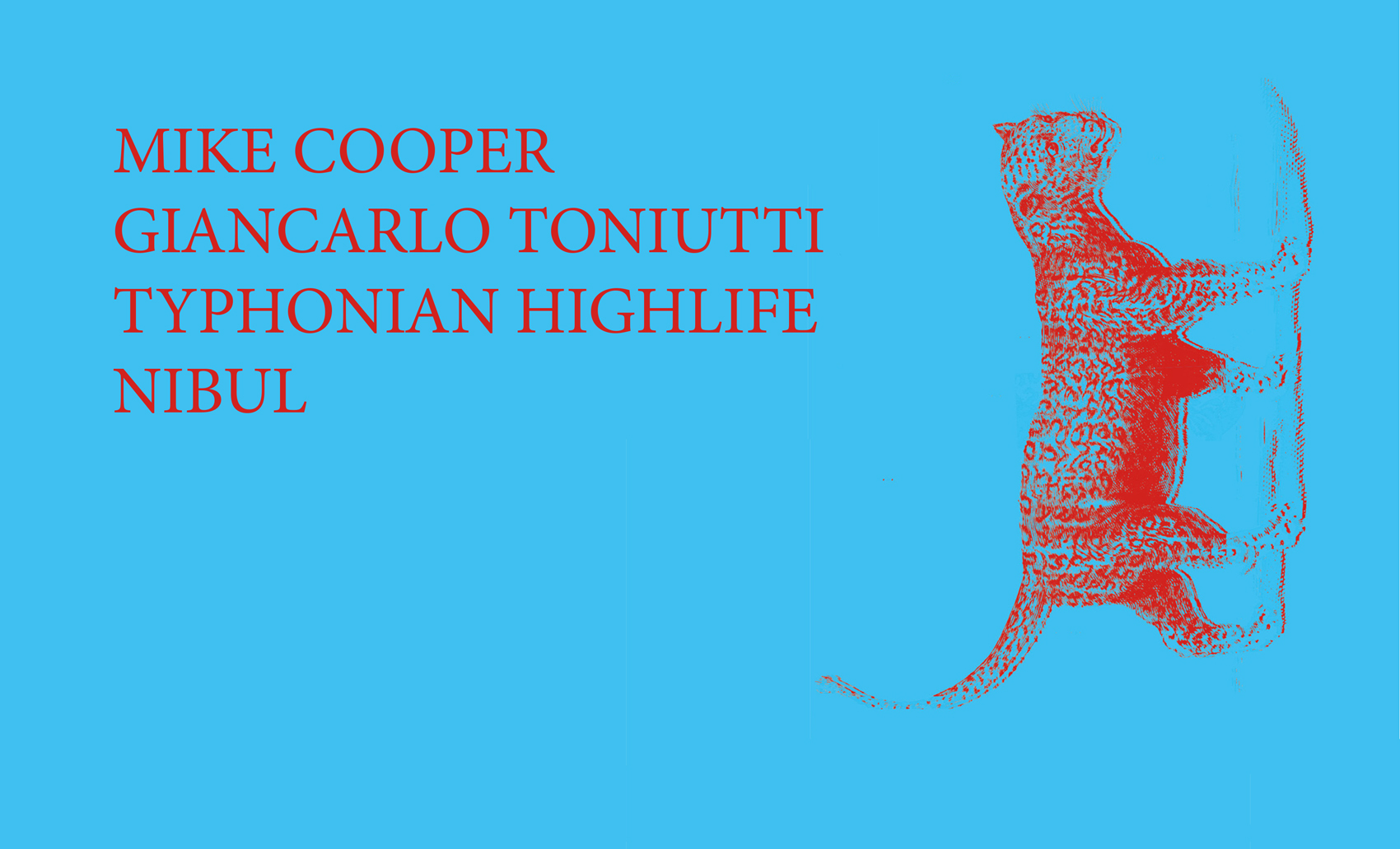 The Eastern Daze festival – a collaboration between Vooruit, Kraak & Sound in Motion/Oorstof – is having it’s third edition. For three days art centre Vooruit will be the centre of hypnotic and adventurous music with a healthy disregard of genre, nationality and other artificial constructs. Weekend tickets also available here ! At 70 years old, Mike Cooper is a highly inventive bottleneck slideguitarist, a veteran of the music world and a fearless world traveller. During the sixties he was one of the upcoming stars of the British blues and folk boom, next to six string heroes like John Martyn, Michael Chapman and Roy Harper. He moved towards more unexplored territory on records like ‘Trout Steel’ where he combined country infused rock with jazz, free improv and field recordings. The last 50 years saw him creating an oeuvre that is now being rediscovered by new generations, thanks to a batch of reissues on labels like Paradise of Bachelors and – most of all – continuous exhilarating live performances. On his 2014 LP ‘Cantos de Lisboa’ Cooper collaborated with longtime fan and current guitar hero Steve Gunn. Giancarlo Toniutti is an electro-acoustic composer, anthropologist and visual artist living and working in Italy. Ever since the very early eighties he has been steadily building a completely unique ‘universe of sound’ through detailed tape collage and analogue sound synthesis. Toniutti’s solo work is well revered and for good reason; his 1985 album ‘La Mutazione’ is regarded as a missing link between the dark cosmic electronics of Klaus Schulze and Tangerine Dream and the early noise esthetics of Whitehouse and Nurse With Wound. Next to his solo work he collaborated with kindred spirits like Andrew Chalk and Conrad Schnitzler.

For Eastern Daze III Toniutti will do an exclusive quadrophonic performance of his 1986 ambient masterpiece Epigènesi, a concept album dealing with new forms of languages and – in a way – new types of humanity. Expect to be taken on a trip to far away forgotten cultures that might never even have existed in the first place. One could easily say US experimentalist Spencer Clark is the ultimate shapeshifter. Notorious with ‘partner in drone’ James Ferraro as The Skaters or on his own under hilarious monikers like Monopoly Child Searcher, Vodka Soap and Black Joker amongst many others. Under his latest alias Typhonian Highlife he recycles the trash cans of forgotten eighties electronics and adds a heavy dose of new age mysticism and vhs-induced fever dreams. His record ‘World of Shells’ – out now on the Belgian Kraak-label – is a masterclass of dystopian exotica. Yes, that’s a genre now. Yes people, there’s an underground music scene in Toulouse and one of the best things coming out of it is an unknown duo named Nibul who can put down some of the most hypnotic, trance inducing drones that side of the border. Armed with a saxophone, loop station and some ramshackle Tibetan percussion they create a massive wall of sound that will make your head spin and bob at the same time. The perfect way to conclude the first day of the festival.