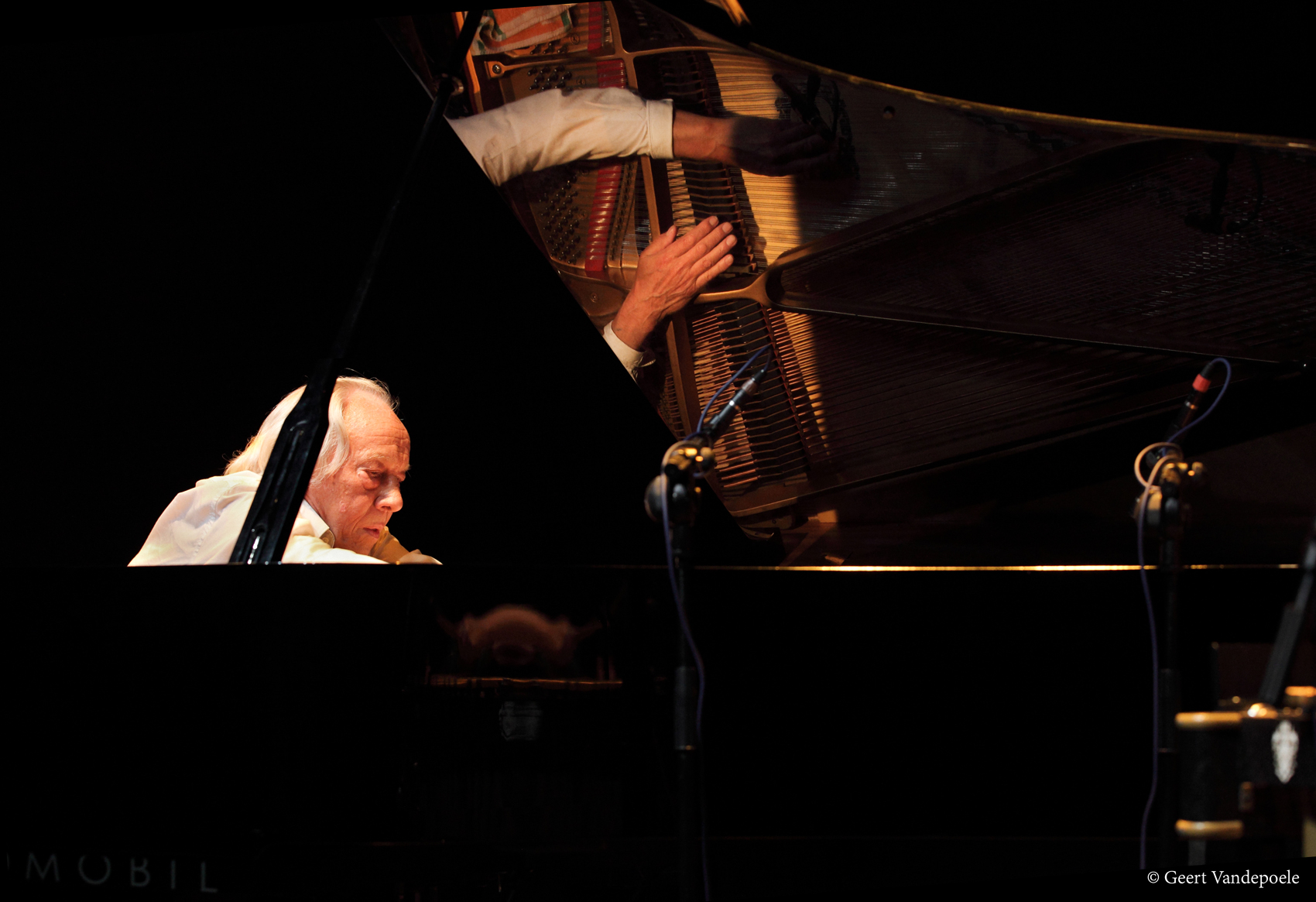 Fred Van Hove at 80 ‘Celebrating Free Music and Minds’ is a two day festival celebrating the career and the 80th birthday of the internationally renowned piano player and pioneer of free improvised music Fred Van Hove. His valuable musical contribution to the improvised music scene for the last 50 years, next to his his pioneering roll as promotor – 34 editions of the Free Music Festival – and his ongoing battle for decent support, status and opportunities for improvising musicians are prominent issues at this two day festival. On this page you will find all the info on Day 1 of the Festival. For info on Day 2 go here !

The influential roll that Fred Van Hove plays in the development of free improvised music, jazz, free jazz and adventurous music is obvious going by the positive and international respons of artists to participate in this celebration. Pioneers and newcomers, renowned players, local and international guests and surprising combinations will be presented in a unique and accessible festival environment. Together with Fred Van Hove, the invited guests will honour a very rich musical past and give us a glimpse of what the future holds.

Since then Fred Van Hove works on a continuous base with just about all the big jazz and improvised music players: Evan Parker, Paul Lovens, Steve Lacy, Tony Oxley … In 1996 he was appointed as Cultural Ambassador of Flanders by the Flemish Government, in 2010 he received the Sabam award as established artist and on January 28th 2017 he received a Radio Klara award for his career.

With the Belgian – Berlin based – vibraphone player Els Vandeweyer and the German percussionists Paul Lovens and Martin Blume, Fred Van Hove assembles a unique set of instruments (percussion only) and brings three different generations of improvisors to the stage in a challenging quartet. Quat is one of the most active ensembles initiated by Van Hove that can be seen and heard on the international stage.

There’s nothing more exciting and beautiful than hearing the new generation of improvisors taking in and developing the legacy of pioneers like Fred Van Hove. After finishing their courses at the conservatory Seppe Gebruers (piano) en Niels Van Heertum (euphonium, trumpet), both active in Ifa Y Xango, profile and establish themselves more and more as talented and eager musicians and improvisors. On Fred Van Hove’s request they dive head first into a collaboration with the Antwerp based cello player Gino Coomans known for his work with the improvising trio Sheldon Siegel. MLLH4 was the name of the Belgian quartet that composers, piano players and improvisors Walter Hus, Christian Leroy, Fred Van Hove and Eddy Loozen formed in 1984. Van Hove now seizes the opportunity together with Hus and Leroy to honour and salute Eddy Loozen, the piano player, avant-gardist and renowned innovator that passed away in 2014.

Fred Van Hove At 80 ‘Celebrating Free Music And Minds’ is conceived and produced in consultation with Fred Van Hove, Sound in Motion/Oorstof and New Think, with the support of the Province of Antwerp, the City of Antwerp, deSingel and Petra Och Karl Erik Hedborgs Stiftelse.