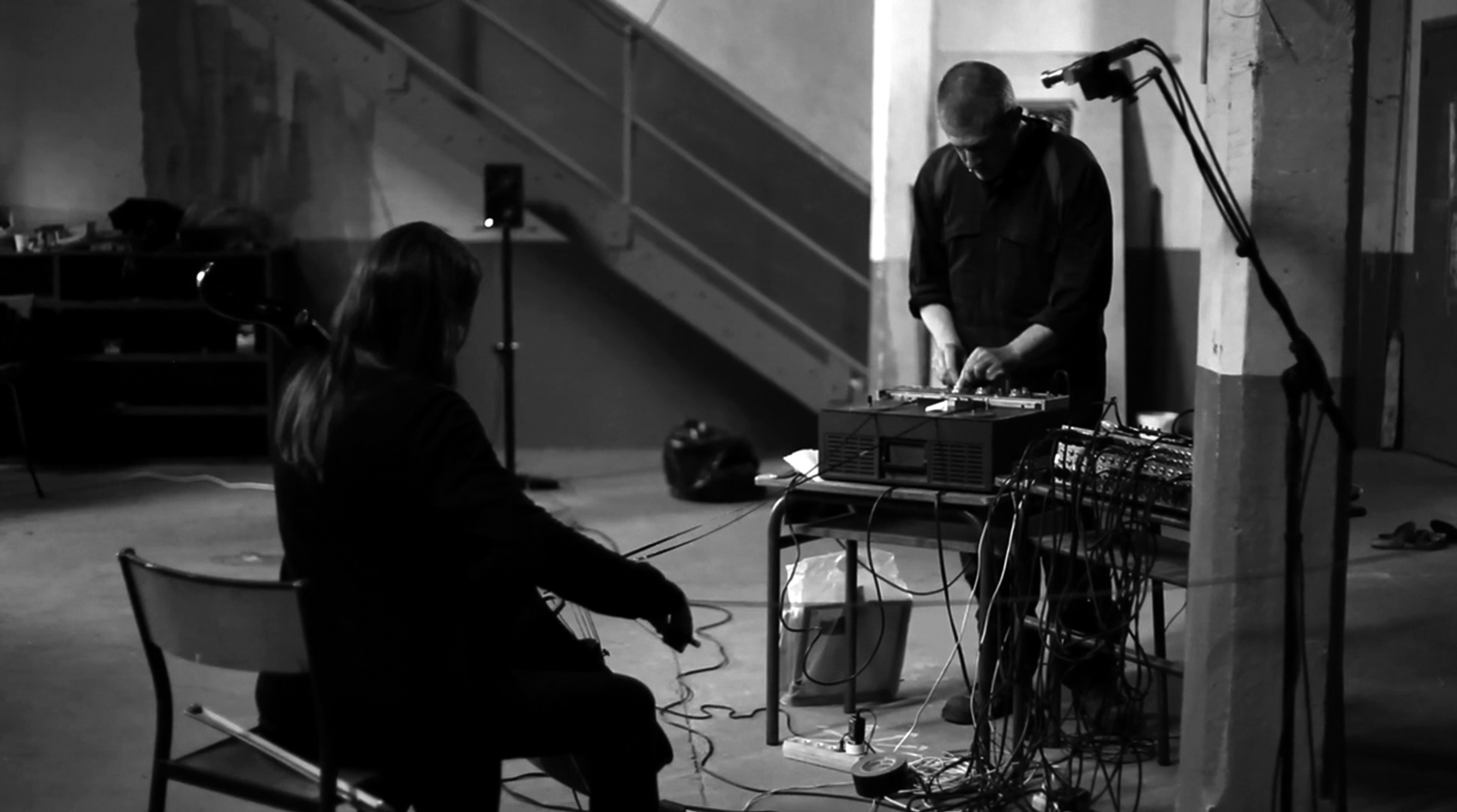 After a memorable series of concerts with Tom Carter (Charalambides), Ameel Brecht, Alan Licht & Tetuzi Akiyama and Urpf Lanze Sound in Motion/Oorstof and AB continue their successful collaboration starting on September 22nd when tape manipulator Jérôme Noetinger and cello player Aude Romary will take us on a fascinating electro-acoustic trip, topping it with a screening of Tony Conrad: Completely In The Present a unique portrait on this American avant garde video and film maker, musician, composer, teacher and writer. Jérôme Noetinger is one of the mainstays of the French experimental music scene. He’s a member of Cellule D’Intervention Metamkine, a band that manipulates audio and visuals through 16 mm projectors, makes his mark solo and in collaborations (Lionel Marchetti, Michel Chion, Kevin Drumm, … ) with field recordings, feedback and reel-to-reel tape recorders, writes dor the French magazine Revue et corrigée and manages Metamkine, a record label and international distribution for experimental music.

Since 2014 he works with the French experimental cello player Aude Romary a collaboration that has been captured on the superb cd  Discordes (Centre Culturel André Malraux, 2017). Cello, reel-to-reel tape recorder, microphones and loudspeakers are the musical weapons of choice of Noetinger and Romary, inducing a mesmerising electro-acoustic soundworld. Tony Conrad: Completely in the Present is a documentary directed by Tyler Hubby – see also The Devil and Daniel Johnston – offering us a unique insight in the life and work of the influential filmmaker, musician, artist and teacher Tony Conrad.

Ever since the early sixties Conrad’s movies, compostions and perfomances have been a source of fascination for many artists and musicians. He acted in and recorded the soundtrack for Jack Smith’s legendary film Flaming Creatures, shocked and shook the filmworld with Flicker his film composed of only black and white frames, together with La Monte Young and John Cale initiated what later would become The Velvet Underground, amazed the world with his ultimate drones and minimal compositions, toured with Sonic Youth and worked with Jim O’Rourke introducing his work to a whole new generation and keeps inspiring several generations of artists and musicians with an inter-disciplinary repertory spanning fifty years.