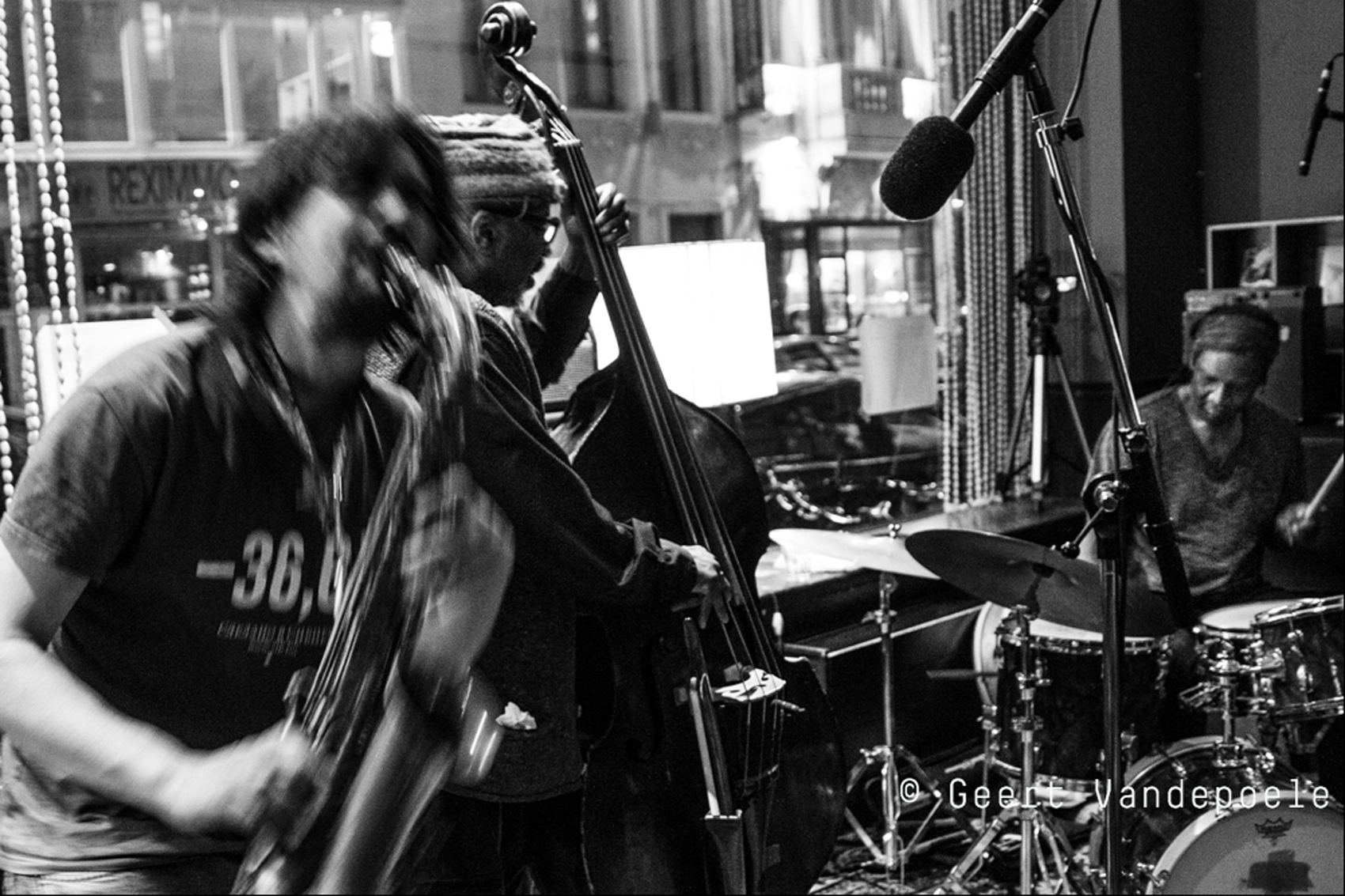 The ultra dynamic reed player John Dikeman (Cactus Truck, Universal Indians) brings bass player William Parker and drummer Hamid Drake – one of the most in demand rhythm sections in jazz and improvised music – to Antwerp. The concert will happen near the waterfront at Onder Stroom, Tavernierkaai 11, Antwerp. To get you in the perfect mood for this exclusive show Nils Vermeulen will start with a bass solo at 20h30 and the Oorstof team will prepare some tasty home made food as of 18h30. A club concert in the midst of the festival season? For an exclusive show with the trio of John Dikeman, William Parker and Hamid Drake we are happy to make an exception. Dikeman invited his long time heroes Parker and Drake for the first time in 2014 to play at the Doek Festival in Amsterdam. After several decades Parker and Drake enjoy a five star status as rhythm section for artists like Peter Brötzmann (Die Like A Dog), Fred Anderson, Jemeel Moondoc, Conrad Bauer, Frode Gjerstad, Assif Tsahar and Charles Gayle.

The choice of Dikeman to team up with these two giants of free music was both logic and challenging. The reed player knew he would be up for comparison with some of the most monumental reed players around, but avoiding risks simply is not an option for Dikeman. This already showed during the scorching sets he played in the Oorstof series with Cactus Truck, Universal Indians feat. Joe McPhee and recently in duo with Ann Eysermans. The first tour of the Dikeman/Parker/Drake trio was a triumph on all accounts resulting in Live at La Resistenza (2015), a release that quite rightly made numerous Year End Lists. So since five years the irresistible and elusive grooves of Parker an Drake belong to Dikeman’s favourite pastime putting the tag one-off project to a rest. Nils Vermeulen is a double and electric bass player, based in Ghent (Belgium). The variety of projects in which he plays, indicates his wide range of interest in music. The one thing that connects them all is sound. Nils Vermeulen has taken a profound interest in vibrations, production of sound and the aesthetics that come with it. This spring he shared the stage with William Parker at the Ha’fest in Ghent and now will start of this special evening with a challenging bass solo …