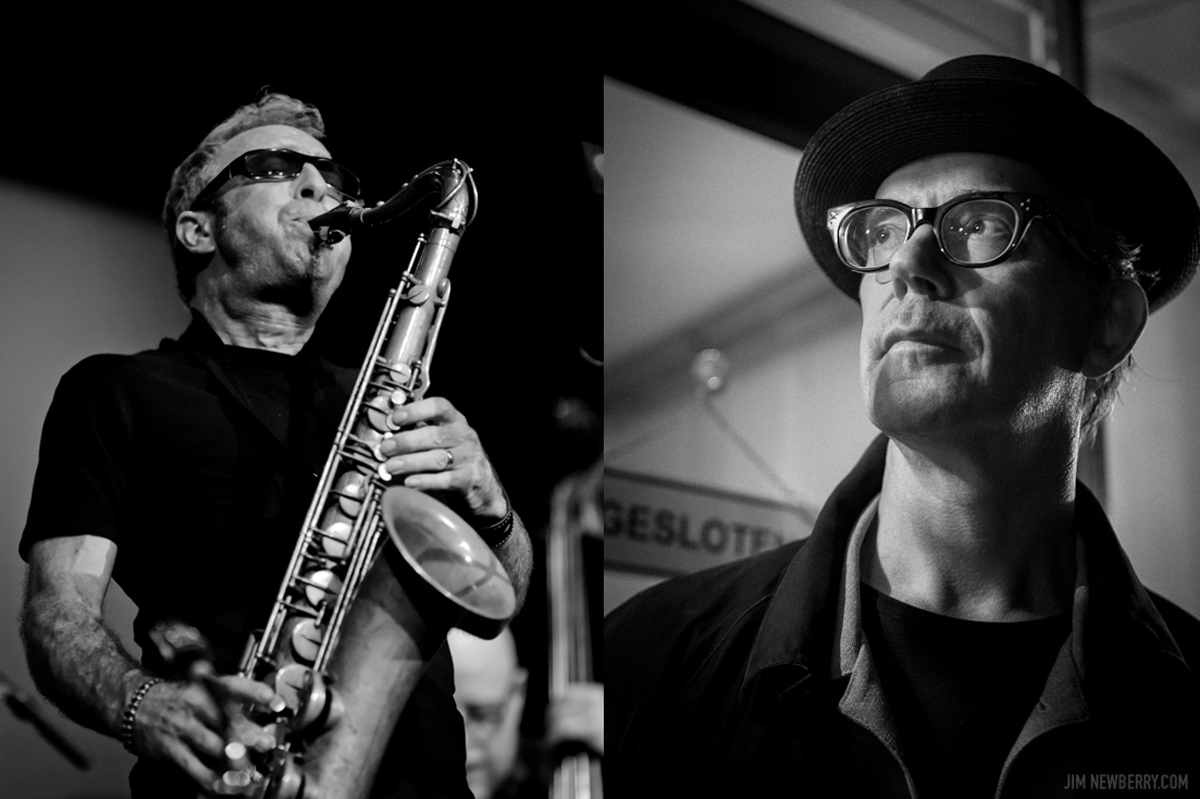 Besides their birth year 1955 reed players Mars Williams (Chicago) and Ab Baars (Amsterdam) share a wealthy history of jazz, free jazz, improvisation and adventurous music. Though it took a while for this transcontinental collaboration to solidify, now the time is right. Mars William is known for his work with The Psychedelic Furs, his own bands Liquid Soul and Switchback and contributions to bands like The Chicago Tentet, The Vandermark 5 and Full Blast. The collaborations that Ab Baars was and is involved in read like an anthology of adventurous music: ICP Orchestra, Han Bennink, Jaap Blonk, Anthony Braxton, Ig Henneman, The Ex, George Lewis, Michael Moore, Sunny Murray, Sonic Youth, Cecil Taylor, Roger Turner, Ken Vandermark…  So with two gentlemen of musical class and a brand new challenge we have a lot to look forward to…

Percussionist Andreas Wildhagen and bass player Christian Meaas Svendsen are part of Large Unit, the Norwegian improv flagship that suprised big time in the Oorstof series in 2015. Now Wildhagen and Meaas Svendsen are going back to basics with Momentum introducing the young reed player Jørgen Mathisen. The music on their debut release for the Clean Feed label – release planned in September 2016 – is a spontaneous continuation of the work by pioneers like John Coltrane and the legacy of European improvisation. Multi-instrumentalist Ka Baird is a member of the avant psych band Spires That in The Sunset Rise – new recordings with percussionist Michael Zerang are due for release. While voice and flute are her main tools for solo work she will perform on piano at this Oorstof concert. It’s a logic step for Baird after her debut release of piano improvisations See Sun Think Shadow under the monniker of Sapropelic Pycnic in 2015, touching on the broken chords of Alice Coltrane, the unrestrained approach of Cecil Taylor and the mysterious phrasing of Arvo Pärt.