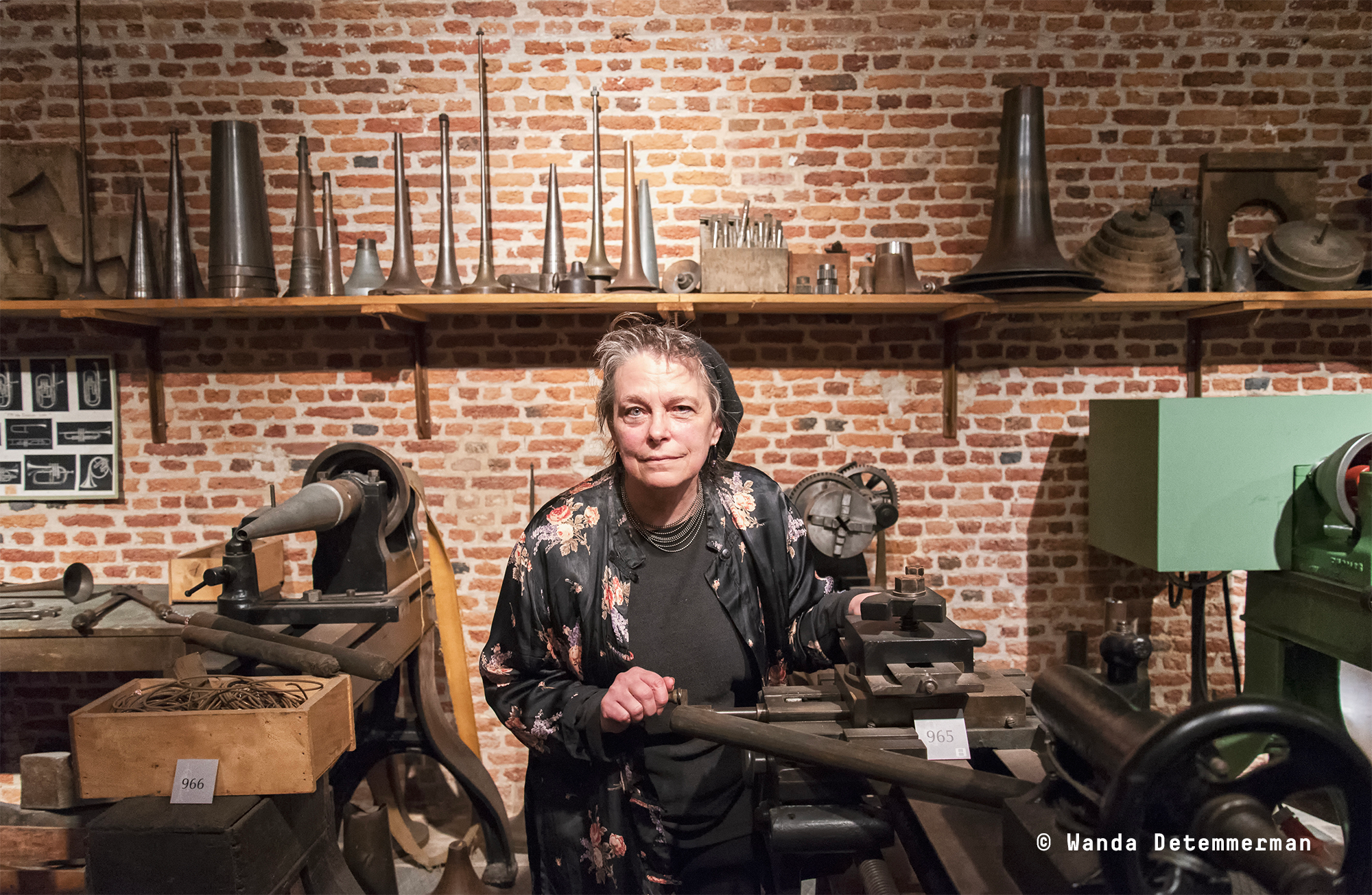 As of 2023 Sound in Motion will join forces with VIERNULVIER and Miry Concertzaal co-curating one Ruiskamer event a year. Ruiskamer is an experimental concertseries without any boundaries, combining pioneers and renowned artists with new and/or undiscovered talent finding its way in the world of avant-garde composition and improvisation. 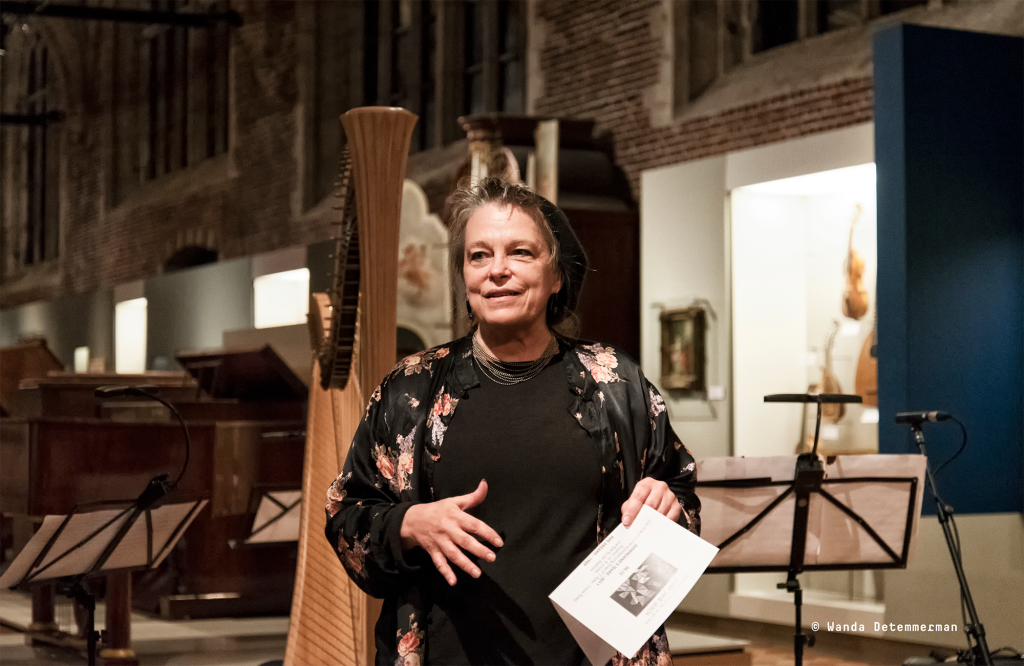 American composer and multi-instrumentalist Mary Jane Leach often composes for specific spaces and instruments. A perfect example of this is ‘Pipe Dreams’, an immersive composition for organ from 1989, composed and performed by Leach on the organ of the Sankt Peter Church in Cologne and released on the Italian Editions Blume (Lucier, Eastman, Hennies …). For Ruiskamer #6  Leach will now compose and perform a brand new piece for the majestic organ of the Miry concert hall, a world première and a rare opportunity to see this influential composer play live on the organ.

Leach is an American composer and performer that landed in the effervescent New York at the end of the Seventies together with kindred spirits and contemporaries like Julius Eastman, Arnold Dreyblatt (see Ruiskamer#5), Arthur Russell, Ellen Fullman, Peter Zummo and Philip Corner. The physical and acoustical qualities of sound and how they interact in a specific space are essential in her work. Her compositions have been performed internationally and recordings can be found on labels like Die Schachtel, XI Records, Lovely, New World and Editions Blume. A brand new release is planned on Shlom Sviri’s Modern Love label.  She is the co-editor with Renée Levine Packer of Gay Guerrilla: ‘Julius Eastman and his Music’. 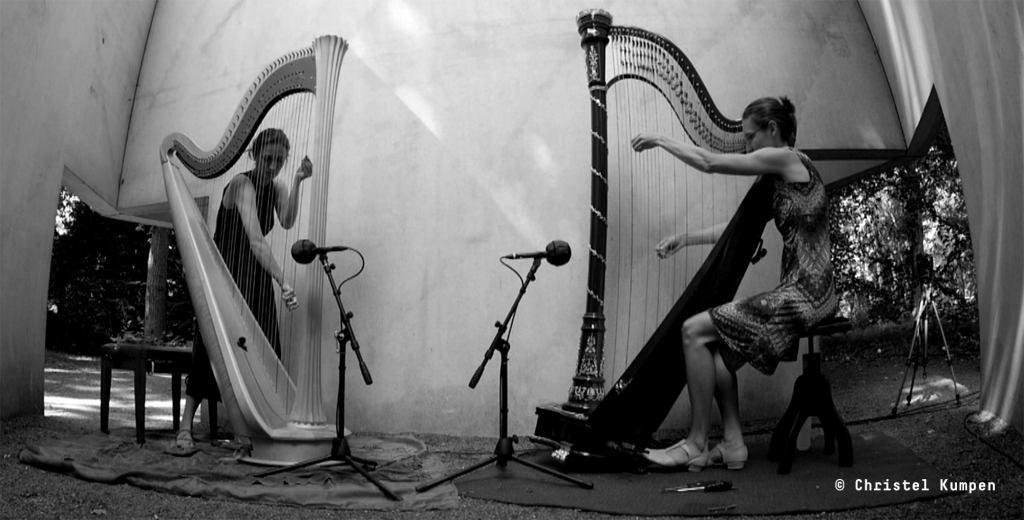 Mike Svoboda’s ‘Echo Yes No’ (2019) for two harps and electronics is not a joyful piece. It contemplates on the inner struggle that comes with difficult decisions in life. Attending a performance of this piece is a live experience of such a moment of struggle: the sounds circling around the hall through the surround speaker setup, create a unique experience in every single seat.

In this concert, Marjolein Vernimmen and Jenna Vergeynst (harpduo Vireo), with the electronic assistance of Roel Das, experiment with the spatial aspects of this piece. To optimize the spatial experience of the audience, they will perform the piece in a surround setting not only of the speakers but also of the public. In this surround set up they combine Svoboda’s ‘Echo Yes No’ with ‘Refraction’, a short piece by the Belgian composer Benjamin Van Esser who works with disorienting metric effects, an ongoing play between consonance and dissonance, a stunning harmonic complexity and rhythmic organicity.