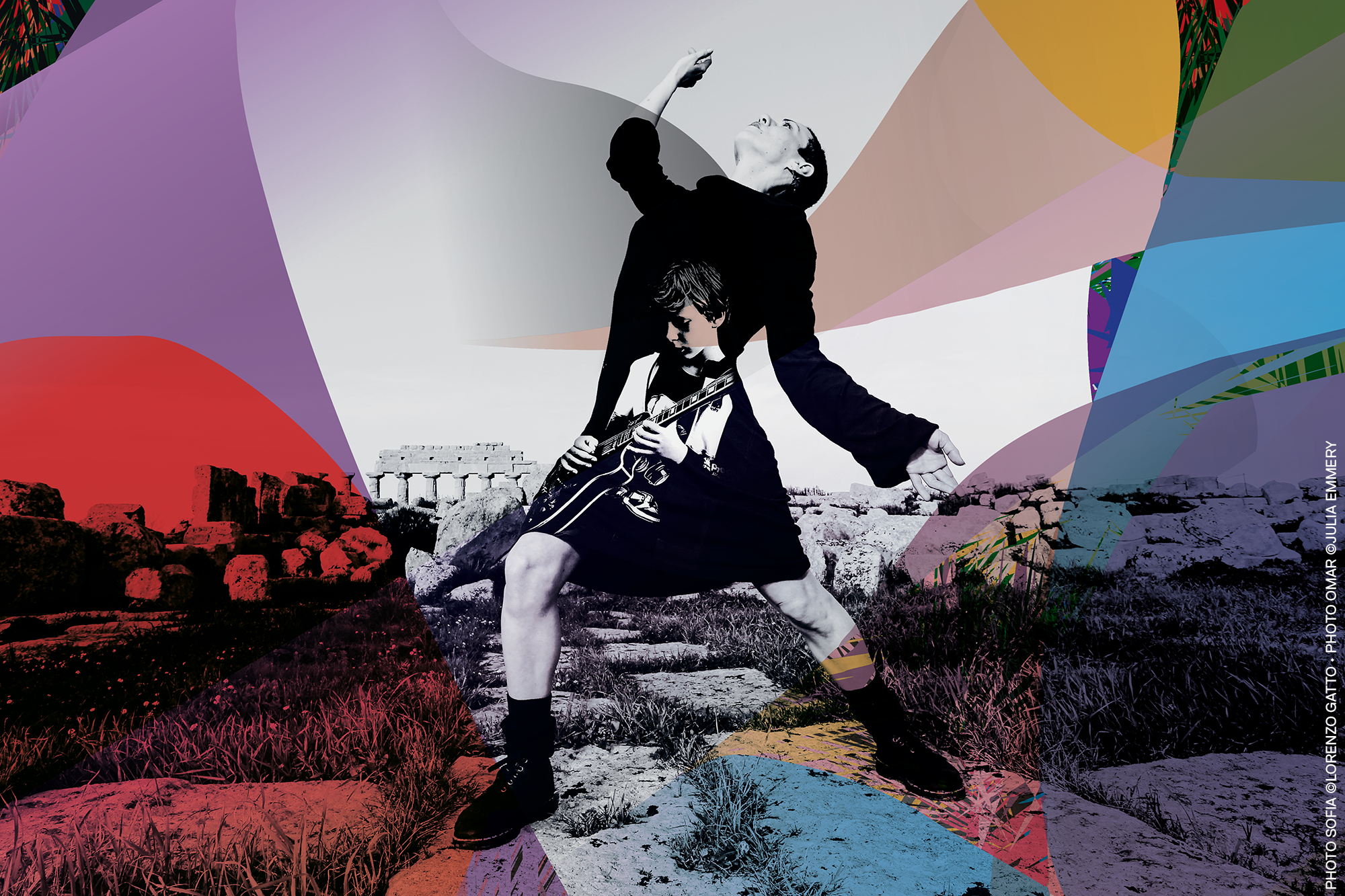 For the first edition of the two day Summer Bummer Festival with an audience since 2019 we return once again to the fantastic premises of DE Studio. Besides the diverse and adventurous festival programme – presented by Guy Peters (Enola, JazzLab) – there’s a free of entrance area on both days with a record fair, an expo, films and a food stand with delicious homemade slow food. Until September Covid Safe Tickets are only for outdoor events with more than 1500 visitors so do NOT apply for indoor events like Summer Bummer. Indoor events like before have to follow the pandemic rules: distance, bubbles and mouth masks. Scroll down to check the programme of day 1, for day 2 click here ! 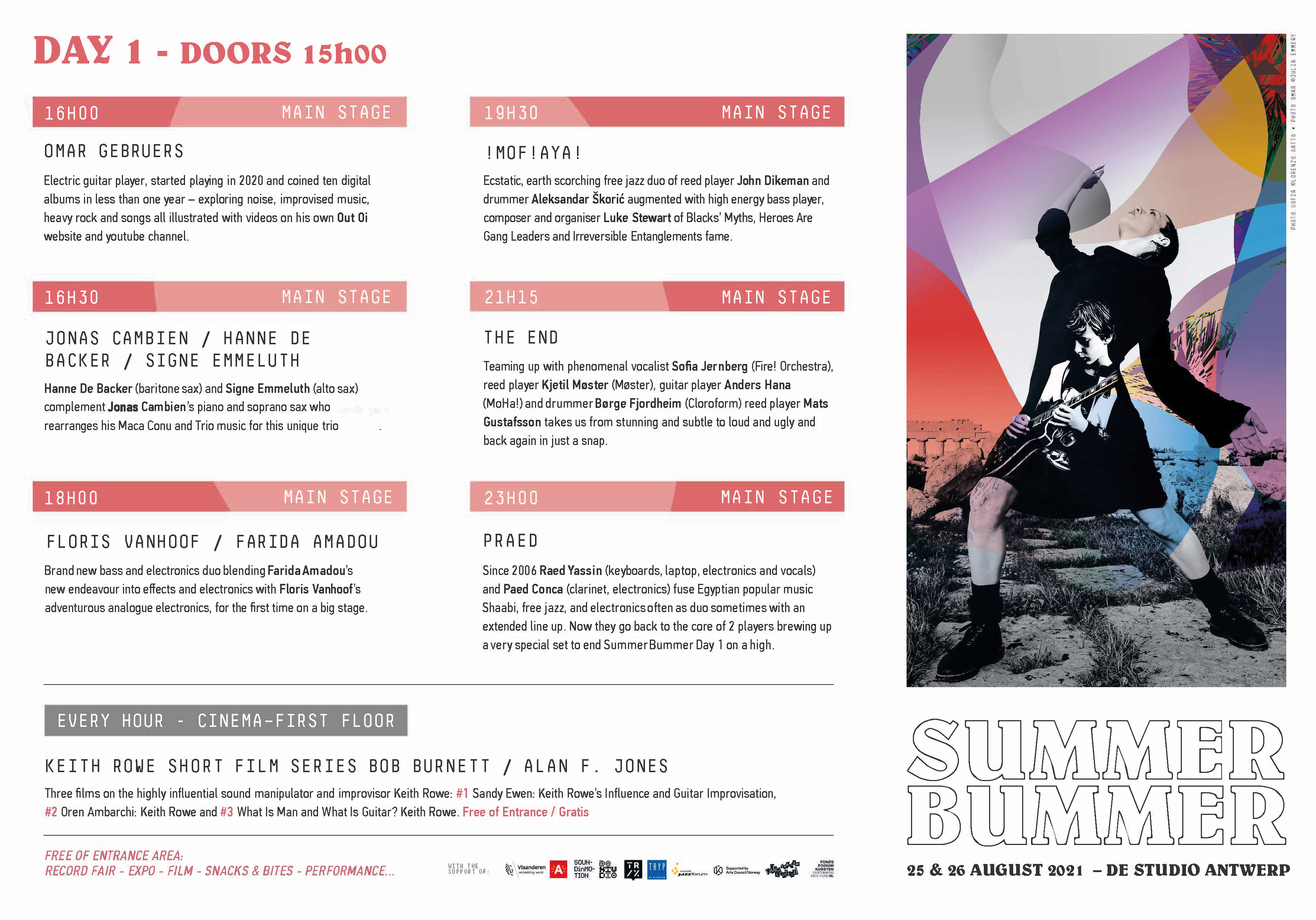 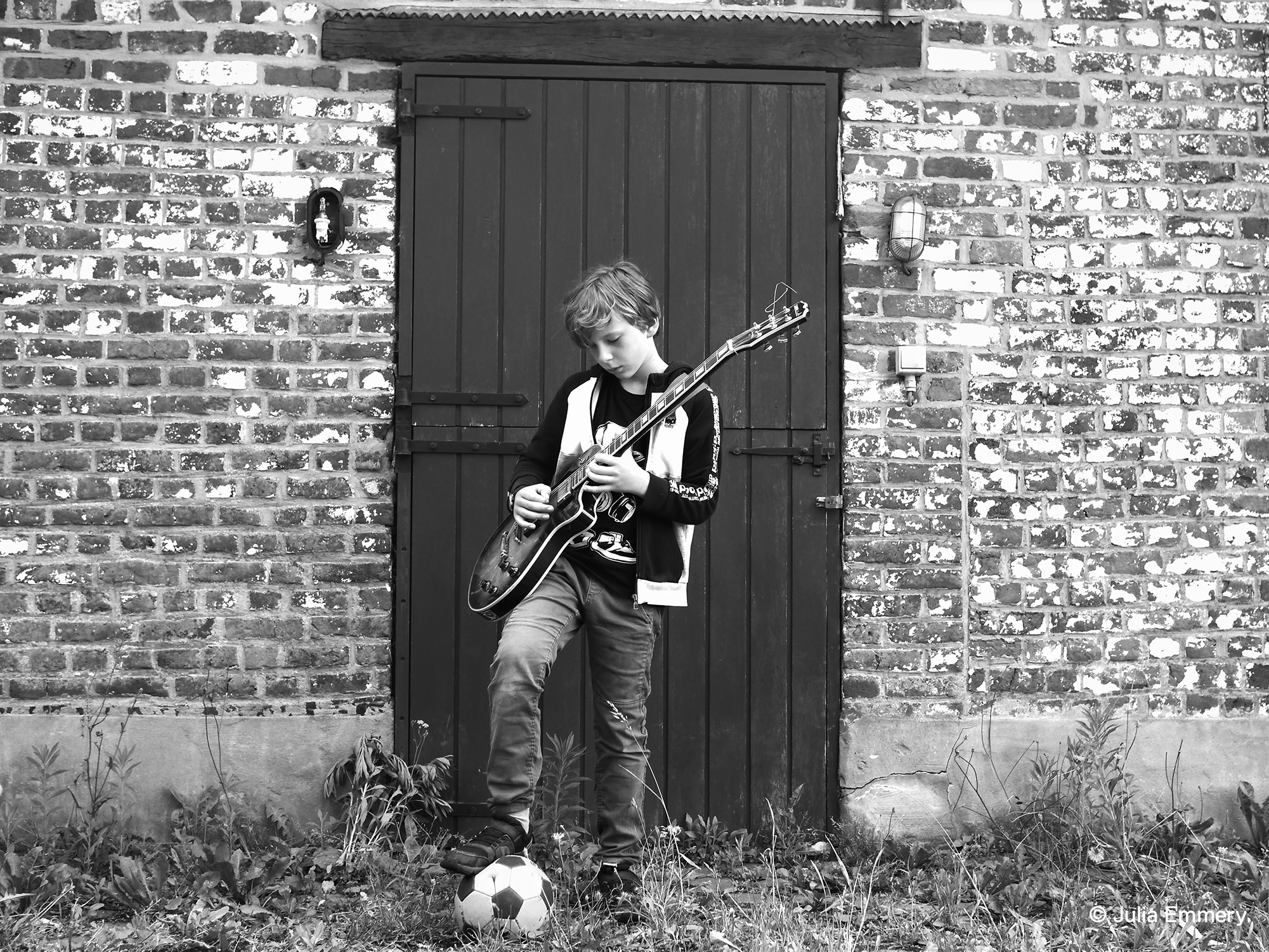 Omar Henri Martha Loreth Gebruers (Out Oi/ ØÛt ÖĮ) plays electric guitar and other instruments, and sometimes he plays music with other people: Red Rockers, Jelle Gebruers, Axel Gilain. Since 2020 he coined ten digital albums in less than one year – exploring noise, improvised music, heavy rock and songs – all illustrated with videos you can find on his own Out Oi wordpress website and youtube channel that holds over 150 selfmade clips. He is very likely working on 10 more albums while we speak and we are pretty sure you will witness the birth of one of them right here at Summer Bummer … 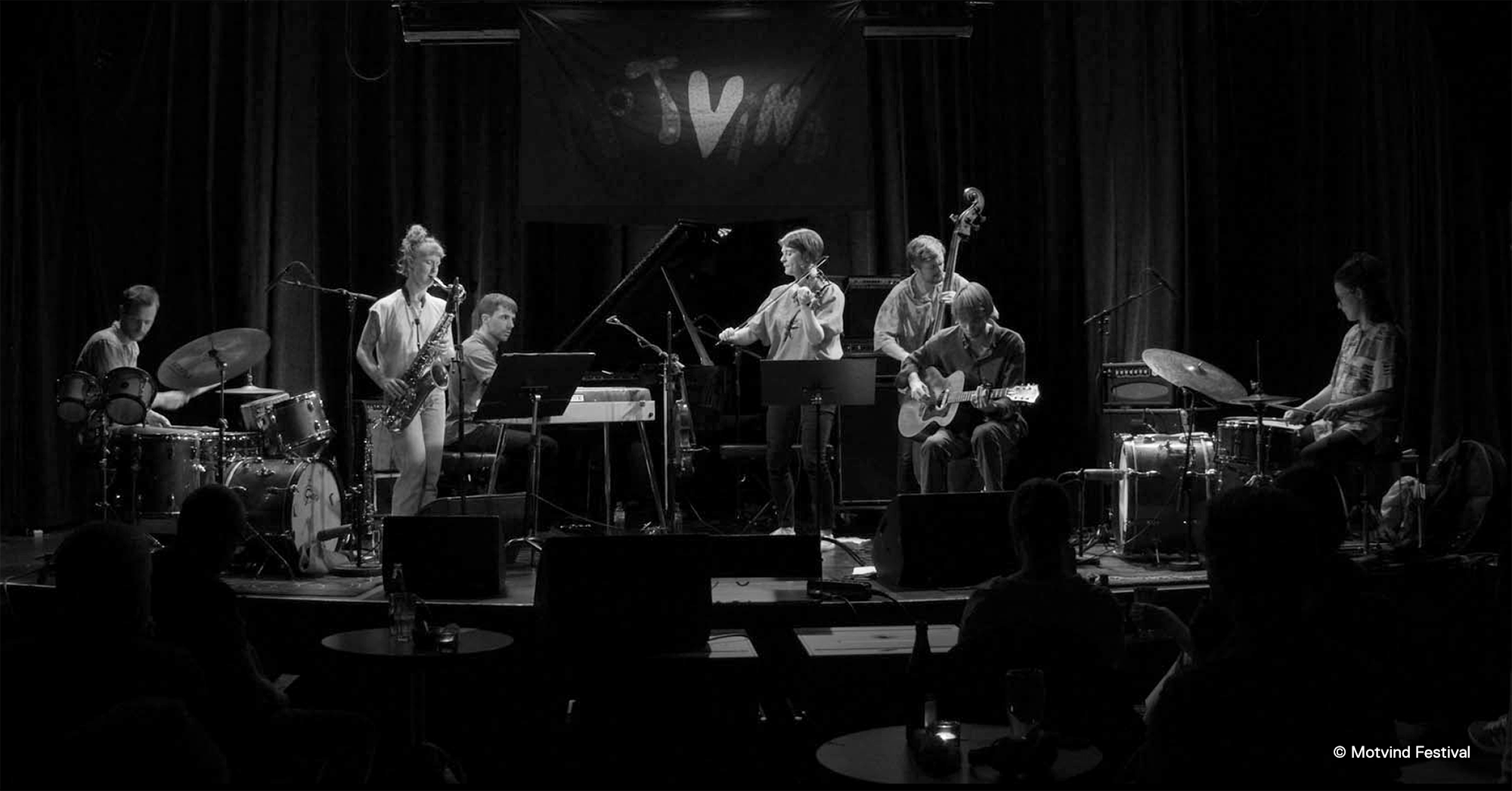 Belgian piano player, composer Jonas Cambien lives and works in Olso for more than ten years and is one of the most exciting musicians working on the verge of jazz, improvised and contemporary composed music. He already made his mark in the Oorstof concert series (AB Salon, 2018) and in the line up of Mars Williams’ An Ayler Xmas (Zuiderpershuis, 2017). At Summer Bummer he aligns Hanne De Backer (baritone sax), Andreas Wildhagen (drums) and Signe Emmeluth (alto sax) to complement his piano and soprano sax under the banner of Maca Conu. Due to the pandemic Sarah Jane Summers (violin), Christian Winther (guitar) and Magnus Nergaard (bass) can’t complete Maca Conu. Therefore they will bring re-arranged music of Maca Conu and Cambien’s trio next to improvised music. With his extremely playful but head strong approach balancing abstract improvisations and endearing melodies played by this excellent Norwegian, Belgian, Danish quartet he once again manages to create music that is as challenging as it is inviting. 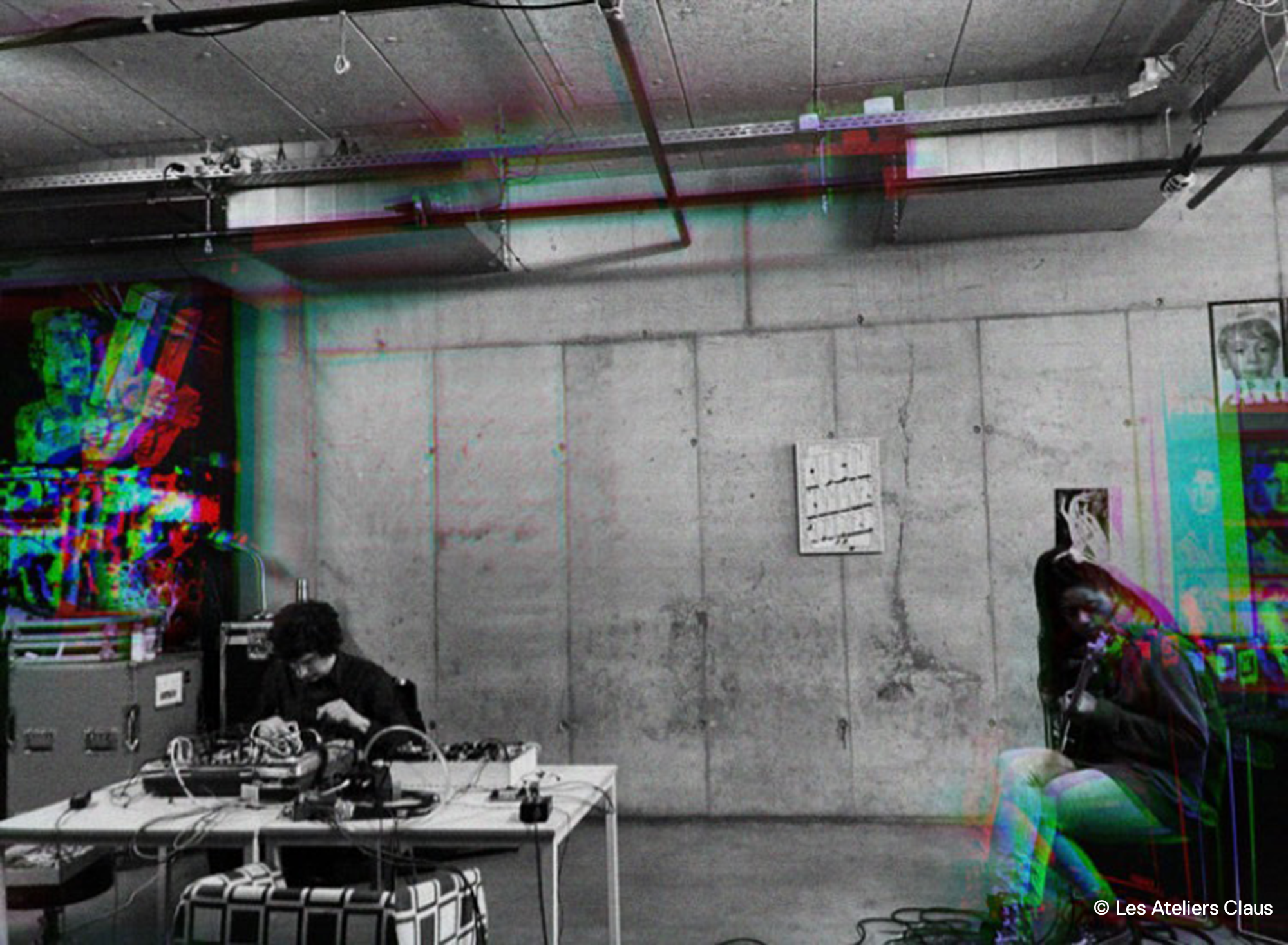 Bass player Farida Amadou was responsible for two of the highlights at the Summer Bummer Festival in 2019. Those highlights – the set she and Steve Noble played with Thurston Moore as M.A.N. and with Peter Brötzmann as B.A.N. – will soon be released as a double lp on Dropa Disc. In an ongoing quest for new sounds and possibilities Amadou now teams up with media-archaeologist and analogue electronics fanatic Floris Vanhoof who surprised us earlier with an audio-visual spectacle in the company of Lieven Martens at Freakscene’s Summer Bummer in 2014.  A recent residency at Les Ateliers Claus proved that Vanhoof’s analogue electronics blend extremely well with Amadou’s new endeavor into effects and electronics, so more than time to get this inspiring duo on the stage. 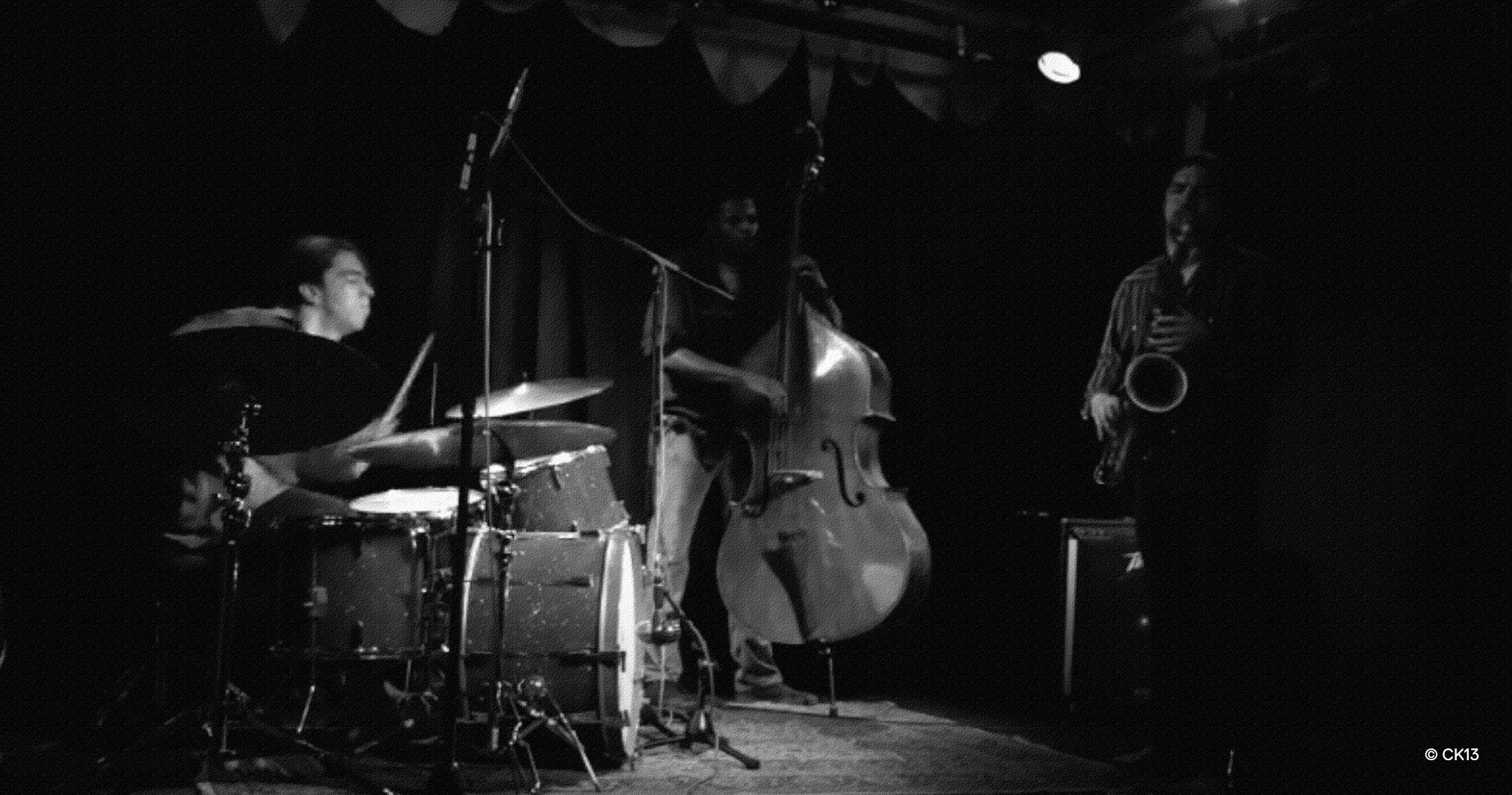 MOFAYA! is the sax and drums duo of John Dikeman and Aleksandar Škorić. They perform ecstatic, earth scorching free jazz which draws heavily on the traditions of African American free jazz as well as European free improvisation. On a regular base they expand the duo with guest players like Farida Amadou, Jamie Branch and Luke Stewart. For Summer Bummer Dikeman and Škorić play as MOF!AYA! (note the exclamation marks) for which they team up once again with Luke Stewart, bass player, composer and organizer who worked with prominent players like Edward Wilkerson, Jr., Ken Vandermark, Jim Baker and Avreeayl Ra and in bands like Blacks’ Myths, Heart of the Ghost, Six Six, Heroes Are Gang Leaders and Irreversible Entanglements. 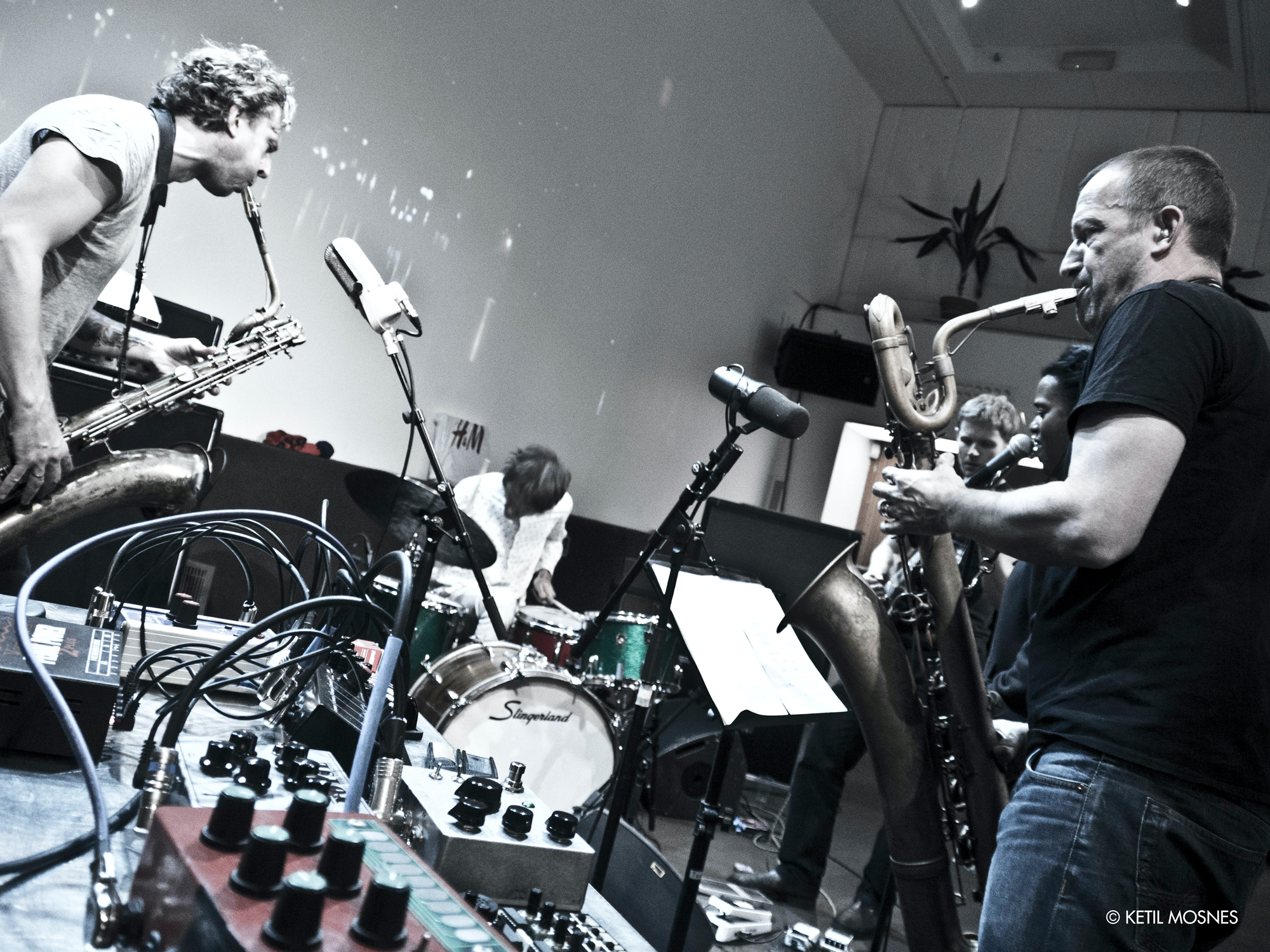 Wether solo, with pop icon Neneh Cherry or with Fire! Orchestra counting 28 musicians, Swedish reed player Mats Gustafsson keeps spoiling us with pleasant surprises, THE END being one of the newest and nicest. Teaming up with phenomenal vocalist Sofia Jernberg (Fire! Orchestra), reed player Kjetil Møster (Ultralyd, Møster), guitar player Anders Hana (MoHa!, Jaga Jazzist) and drummer Børge Fjordheim (Cloroform) Gustafsson takes you from stunning and subtle to loud and ugly and back again in just a snap. The End was scheduled at the Summer Bummer Festival in 2020 and later that year for a concert in the Oorstof series at AB to celebrate the release of their superb second album Allt Är Intet for Rarenoise Ltd. Both events got cancelled for the obvious pandemic reasons, so here’s another attempt hoping third time’s a charm 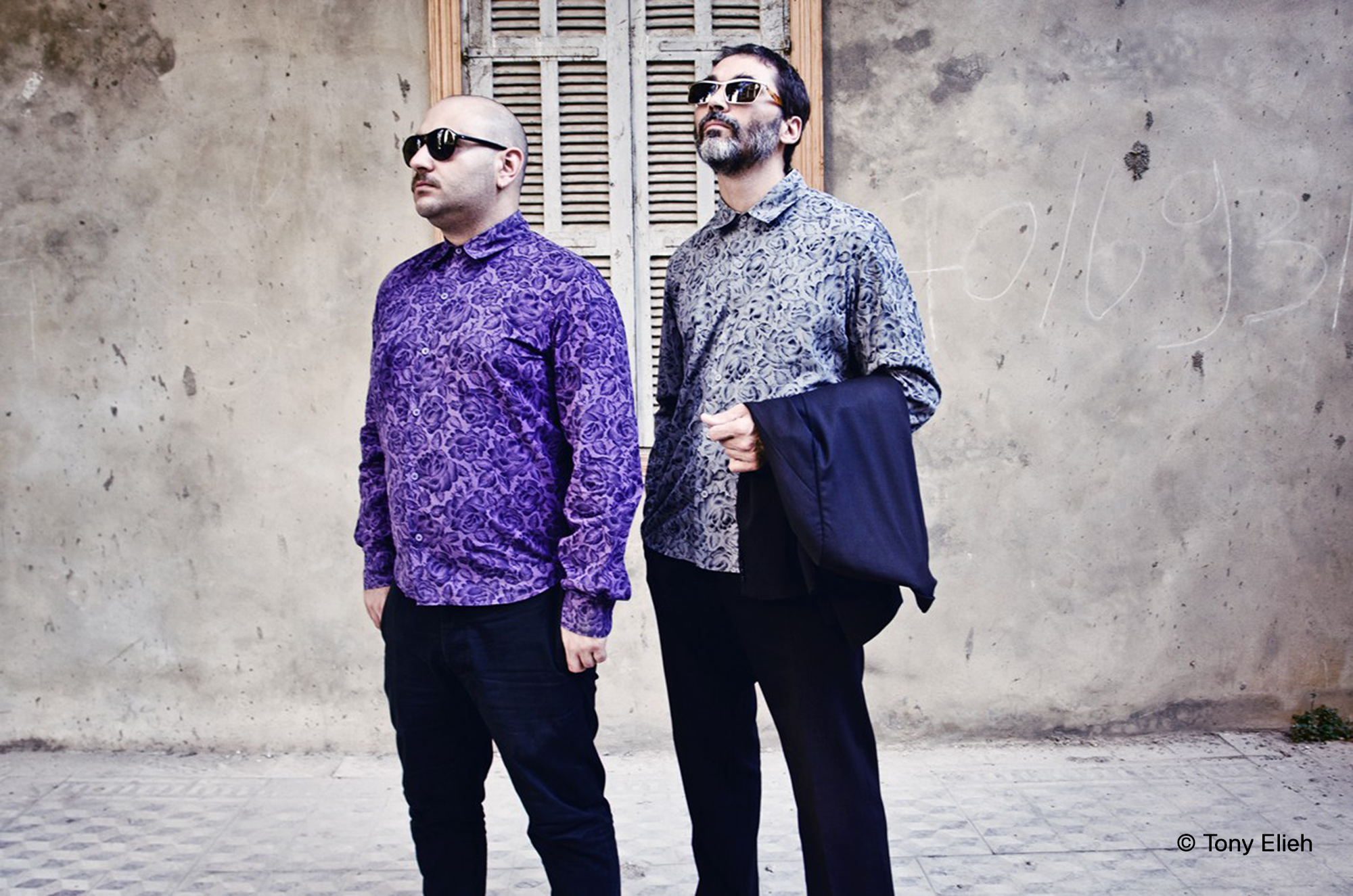 Founded in 2006 Praed consists of two regular members: Raed Yassin playing keyboards, laptop, electronics and vocals; and Paed Conca on clarinet, electric bass and electronics. The musical oeuvre these two adventurous musicians concoct can be described as a mixture of Egyptian popular music Shaabi, free jazz, and electronics. Yassin and Conca also performed earlier under the name Praed Plus or Praed extended as a big band with artists like Axel Dörner, Johannes Bauer, Hans Koch and Stephane Rives and in 2018 they even premiered the Praed Orchestra – check the excellent Live in Sharjah release – with an extended line up consisting of some key players from the improvised music and alternatieve scene: Nadah el Shazly, Maurice Louca, Hans Koch, Martin Küchen, Christine Kazairan, Ute Wassermann, Alan Bishop, Radwan Moumneh, Sam Shalabi, Michael Zerang and Khaled Yassine. For Summer Bummer they go back to the core of 2 players brewing up a very special set indeed. 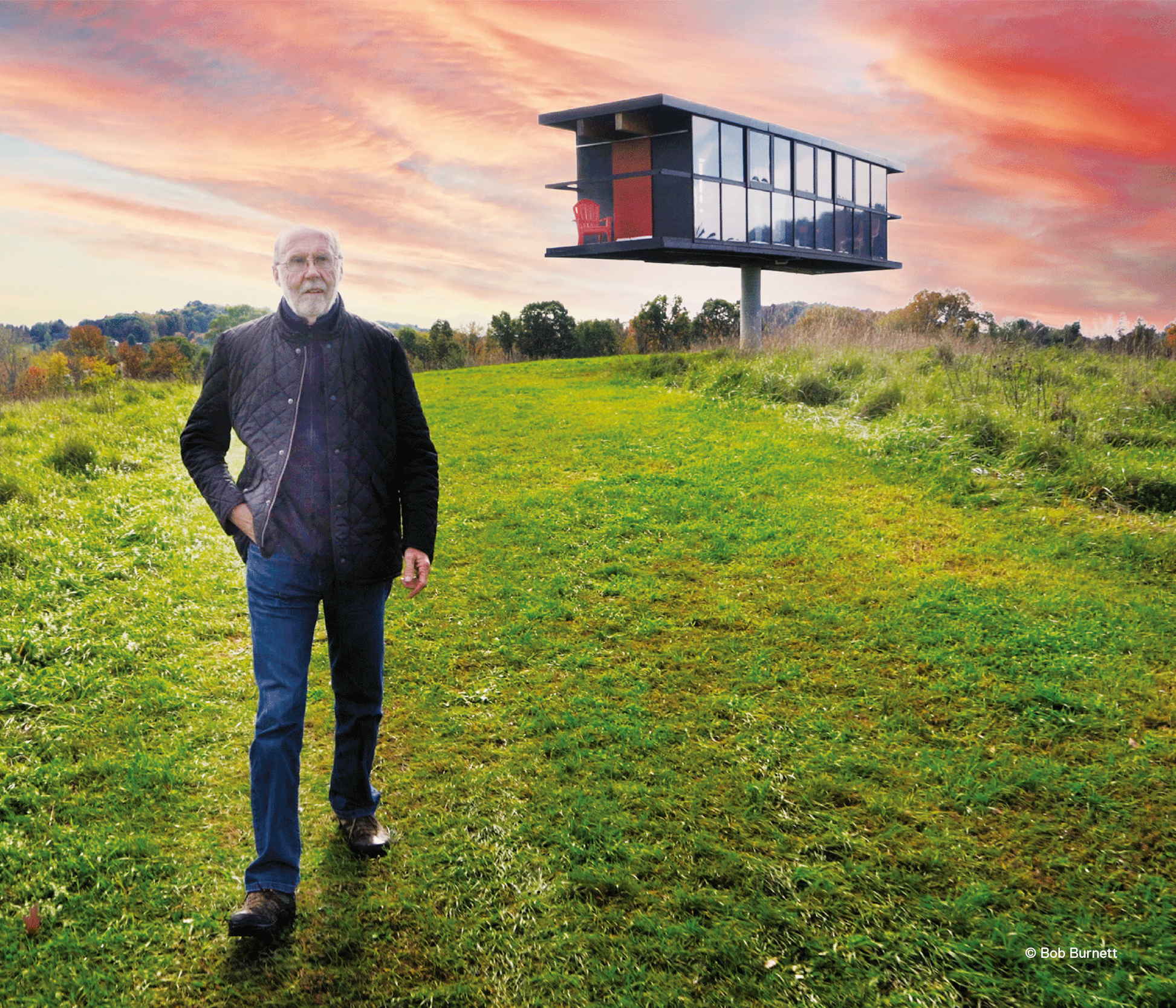 The Summer Bummer Festival presents 3 films by Bob Burnett and Alan F. Jones on the highly influential sound manipulator and improvisor Keith Rowe. Film #1 Sandy Ewen: Keith Rowe’s Influence and Guitar Improvisation, Film #2 Oren Ambarchi: Keith Rowe and the Belgian première of Film #3 What Is Man and What Is Guitar? Keith Rowe. In order to allow as many people as possible to see this short film series, the 35 minute film programme will run in loop throughout the duration of the festival at the cinema of the free of entrance area at De Studio.

“I have come to realize that Keith Rowe is one of the most profound painters we have among us these days. It just so happens that his medium is sound rather than the  canvas.” Steve Smith – Senior Editor, Arts (NPR)

Keith Rowe has spent a lifetime delving into the relationship between sound and physical objects through what he loosely describes as the guitar. What Is Man And What Is Guitar? Keith Rowe is a short film that explores the thinking of Keith Rowe and functions as a unique evaluation of agency from an influential artist who happens to be an aging person in the world. The film documents passages of Rowe’s ongoing journey, from playing jazz through early years of poverty in Britain, to exploring the unexplored with the ensemble AMM, to his groundbreaking solo, duo and ensemble work from beneath the small umbrella of fringe music. Across six decades, Rowe’s body of work has functioned as a signal for the parameters, signposts, and permissions for the unorthodox in improvised music.

Bob Burnett has received more than 150 film festival and industry awards for his past work as Creative Director for GVI and as an independent producer/director. His short films, The Art of Richard Thompson and Edward Hopper & Marshall’s House screened in film festivals worldwide. His 2020 film The City Behind Us: The Story of the Elmora Troopers screened in film festivals and appears on MLB.com. It won an EMMY from the National Capitol Chesapeake Bay Chapter.

Alan F. Jonesis a professional musician and mastering engineer. He has spent collective years underwater analyzing, studying and monitoring the acoustic environment of the world’s oceans. He has engineered audio and advised for numerous regional and international musicians and performing ensembles as Chief Mastering Engineer at Laminal Audio, in addition to sound design and post audio for film. He also runs the Marginal Frequency performance series and record label of the same name. 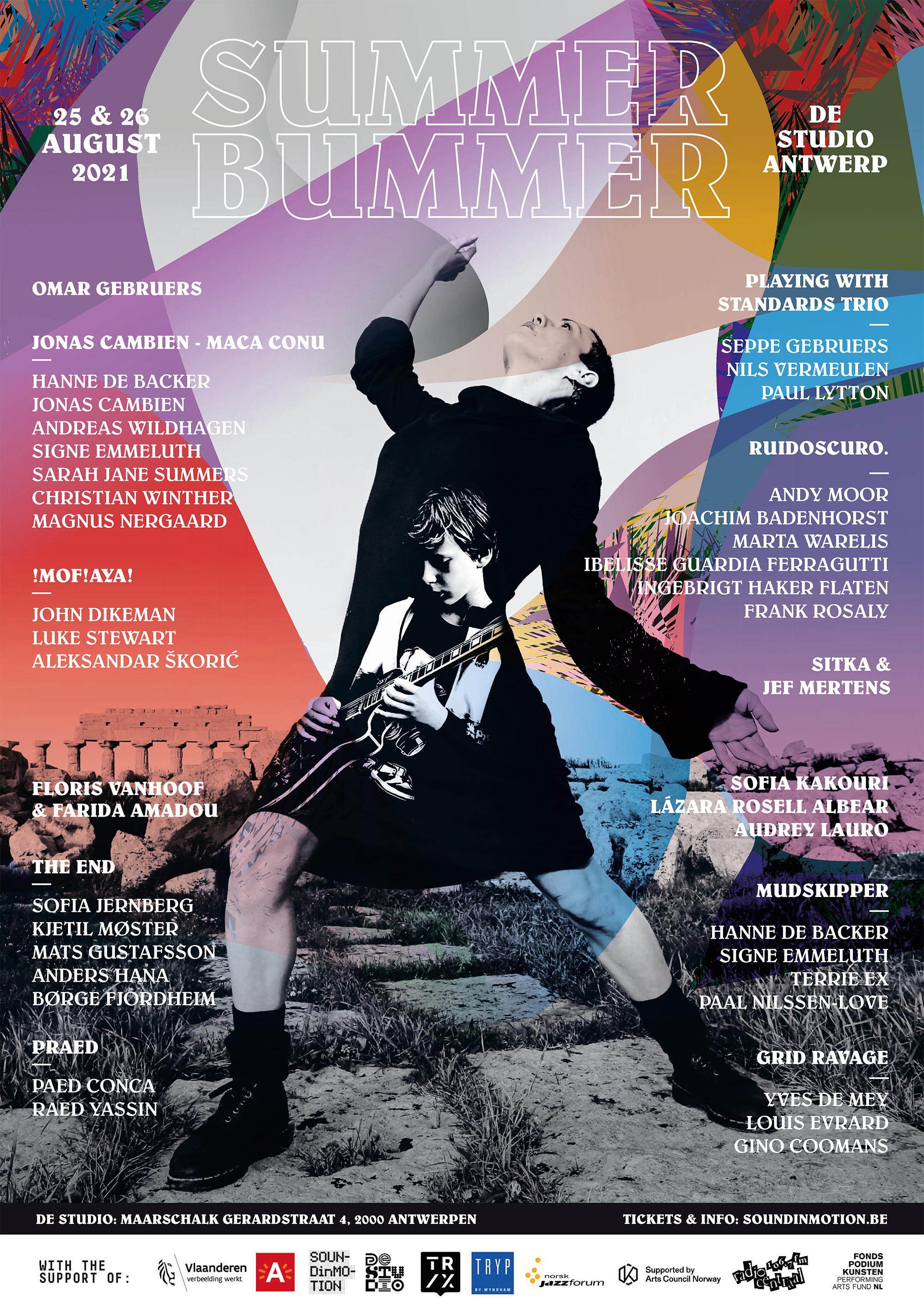