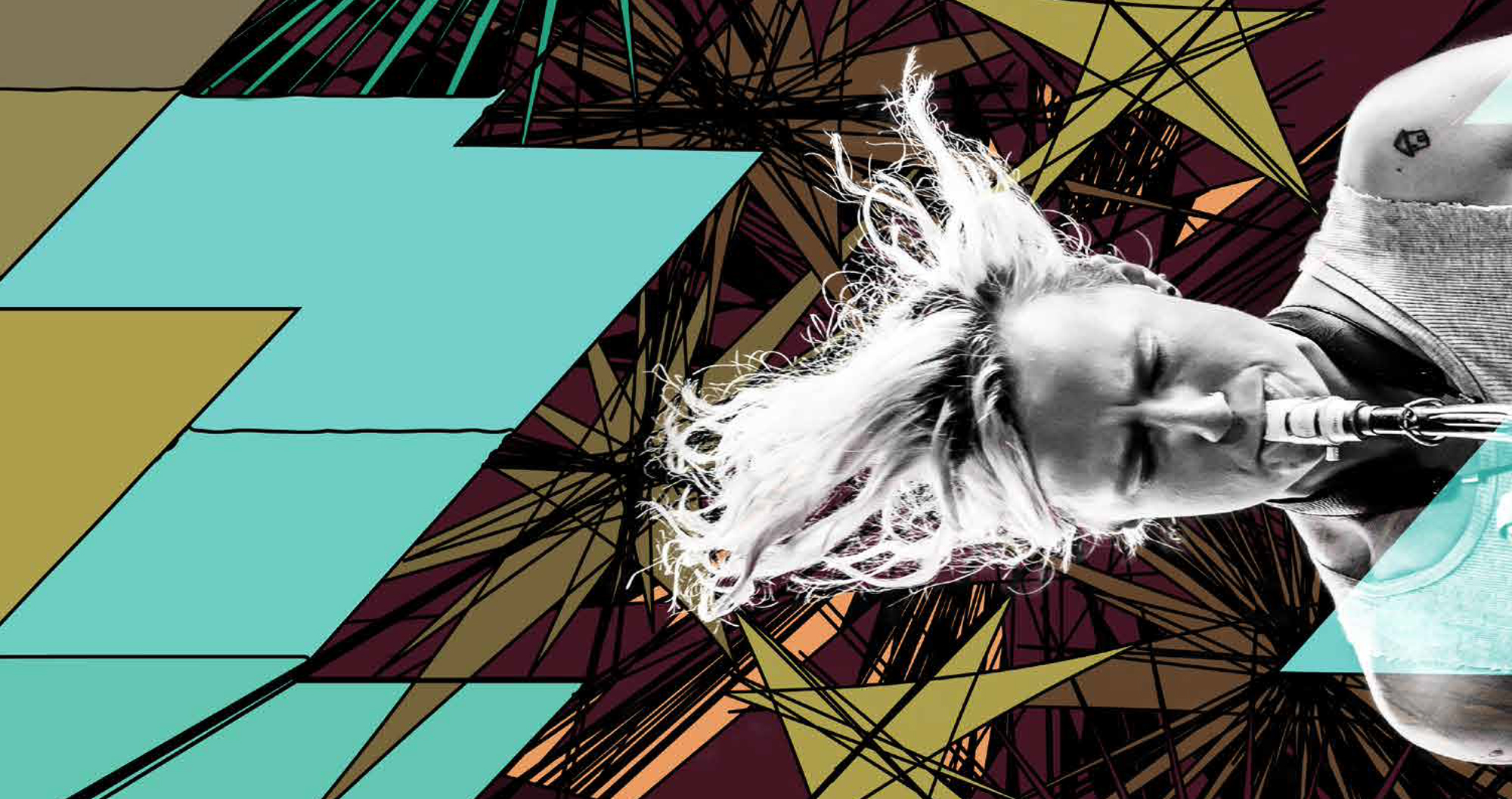 The English drummer Steve Noble met Belgian bass player Farida Amadou for the first time at the Summer Bummer Festival in 2017 where Noble played in a trio with Martin Küchen and Johan Berthling and Amado in a trio with he played with reed players Audrey Lauro and Hanne De Backer. Noble promptly invited Amadou for a recording session to London, followed by a collaboration with Thurston Moore as M.A.N. (check Summer Bummer day 2) and a scorching series of duo shows. Our proposal to have Noble and Amadou play a trio with legendary reed player Peter Brötzmann was met quickly and very enthousiastic by all parties and set the perfect tone for Summer Bummer  2019. An iPhone and loads of talent, that’s all Chicago’s Angel Bat Dawid needed to record The Oracle for International Anthem (Jamie Branch, Irreversible Entanglements) – a surprisingly powerful and soulful cassette on which she plays, with a small exception, all instruments herself. Rightfully glorified by critics and public alike Angel takes the legacy of Sun Ra, Dr. Yusef Lateef, Henry Threadgill, Margaret Taylor-Burroughs, Afrofuturism, free and spiritual jazz to new horizons, often on big stages (check Le Guess Who ! and AB in the fall) with her ensemble Tha Brotherhood. On day one of Summer Bummer The Oracle of Chicago now returns to the bare musical essence to captivate you solo, armed only with a clarinet, a piano and her devine and enchanting voice … We are very proud to present Granular at the Summer Bummer Festival, the brand new lp for Dropa Disc by g a b b r o, the quartet of Belgian baritone sax player Hanne De Backer. In support of that lp g a b b r o will tour in December. But first for Summer Bummer 2019 De Backer will dive into a brand new, challenging and unique collaboration with Dropa Disc label mate and percussive tornado Paal Nilssen-Love known for his work with bands like Ballister, The Thing or Large Unit. Nilssen-Love also sports an impressive line of duo’s with artist like Joe McPhee, Ken Vandermark, Arto Lindsay and Peter Brötzmann, to which we are happy to add Hanne De Backer.

Milford Graves Full Mantis is a unique film portrait made by directors/musicians Jake Meginsky and Neil Young of renowned percussionist, acupuncturist, herbalist, martial artist, programmer and professor Milford Graves, one of the most influential artists in the foundation and evolution of  avant-garde and free jazz. Since 1964 he made his musical mark both as a soloist and in ensembles with such legends as Albert Ayler, Giuseppi Logan, Sonny Sharrock and John Zorn. Graves tells stories about living and survival, ruminates on the essence of ‘swing,’ activates electronic stethoscopes in his basement lab to process the sound of his heart, travels to Japan where he performs at a school for children with autism, igniting the student body into an ecstatic display of spontaneous collective energy, and invites us into his backyard, or dojo, where he introduces us to the martial art of Yara. According to our standards this superb and heartfelt documentary earned a prominent spot in the official Summer Bummer programme which you can view seated in the brand new, fully-fledged, second cinema of DE Studio. The Argentinian reed player Ada Rave and the Dutch guitar player Jasper Stadhouders are two mainstays of the dynamic Amsterdam jazz and improvised music scene, reed player Audrey Lauro and multi-instrumentalist Pak Yan Lau have Brussels as a base, meet each other on a regular base in Lauroshilo and are active as solo artists as well as in a multitude of  challenging international projects, and the Australian radical violin player Adam Cadell credited innovators like Tony Conrad and Henry Flynt on an academic level and sheds his light on adventurous popland in the wake of, but a tad more extreme than, Dirty Three, Hangedup and co. So musical fireworks are definitely within the expectations of this sublime international improvising Summer Bummer powwow. Intended as a quartet of trombone players with the inimitable, cheerful and masterly Johannes ‘Hannes’ Bauer in a decisive roll, it evolved into a tribute after Bauer’s untimely death at the start of a planned tour in 2016. The remaining trio of Jeb Bishop, Matthias Muche and Matthias Müller payed tribute and respect to this influential trombone player, immortalised in 2017 on the superb release Konzert Für Hannes for Not Two Records. For Summer Bummer we received the request/announcement that they will continue under the name Bone-Crusher, which perfectly illustrates the musical impact of this trombone trio now they decided to move forward – with Bauer in mind – facing forward into a challenging future.

Since 1975 – after a meeting with Bernard, one of the Baschet brothers – the French musician, composer, improviser Michel Deneuve dedicates himself to the Cristal Baschet, an instrument played by stroking Cristal bars, for which he studies and puts into practice a playing method revealing the exceptional possibilities of this instrument. In order to increase the popularity of the Cristal Baschet he composes instrumental pieces, ranging from solo to symphonic orchestra, including stage music and film scores and performs since more than thirty years on stages throughout the world. For Summer Bummer, Deneuve will create a live soundtrack to Neutral Density, a filmproject of director Jef Mertens (Taping Policies), developed as a canvas for musicians to improvise on. After the concert, under the guidance of Deneuve you can discover the exceptional Cristal Baschet up close. Those among you (young and old) who actually want to play one of the beautiful Baschet sculptures can do so at the Workshop by Deneuve on day 2 of the festival.