TASHI DORJI + MARGARIDA GARCIA – CANCELLED DUE TO THE CORONA-COVID19 SITUATION ! 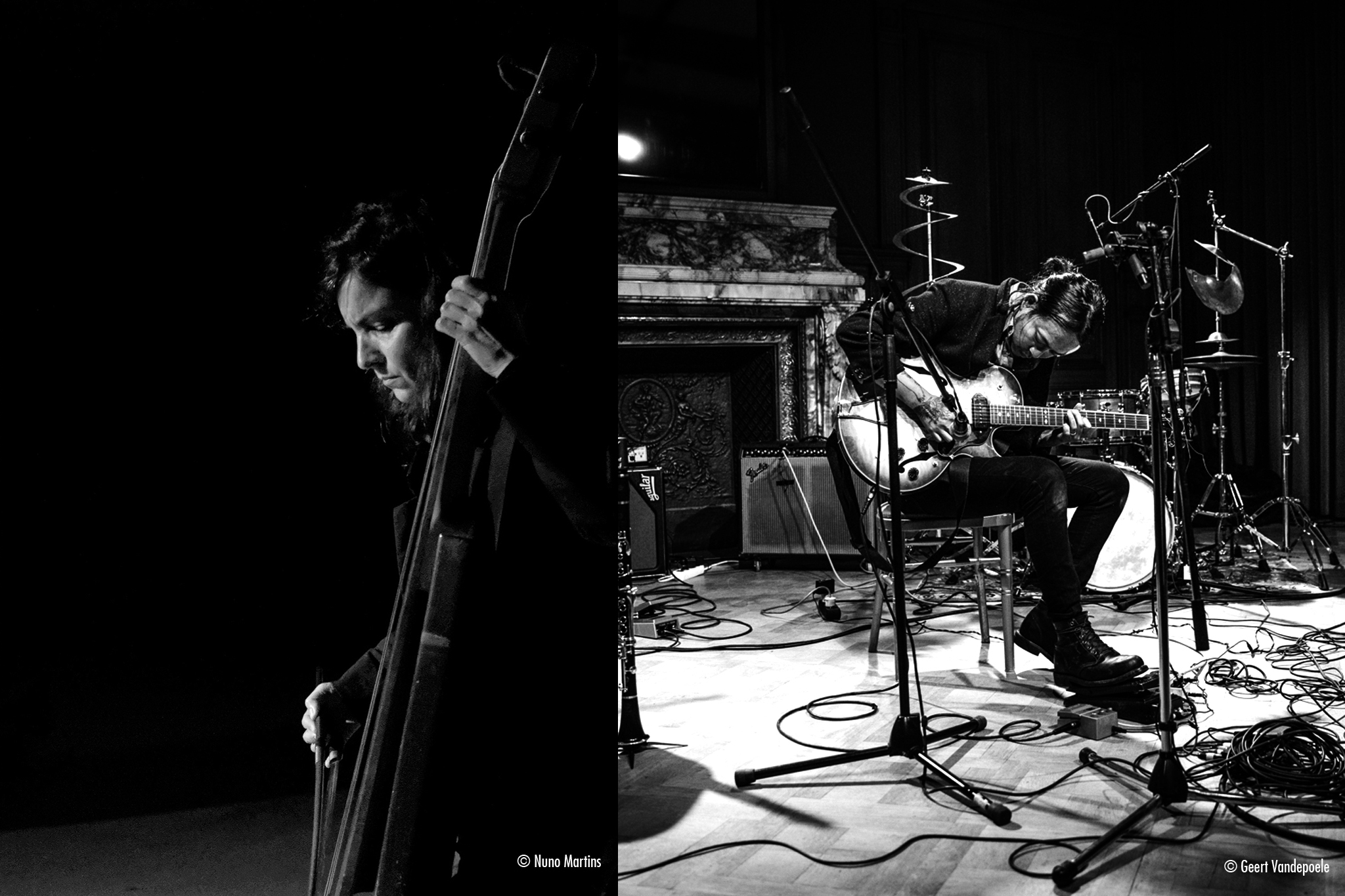 Due to the global situation with the Corona-Covid19 virus the concert and complete tour of the Humanization 4tet is cancelled. Though there are no certainties at this point, we will do our utmost to find new dates for any of the cancelled concerts. Buthanese guitar player Tashi Dorji is without any doubt one of the most original improvisors of the moment. His first appearance in the Oorstof series in 2015 – also his first European concert ever – and the following European tour as guest and support of  Godspeed You! Black Emperor was a real triumph. Now Dorji is finaly back in Europe for a series of concerts with stops in Antwerp (16/4 Het Bos) and Brussels (18/4 AB Salon).

Dorji took in free improvised music for the first time while studying in the U.S., where he still resides. It’s there that Ben Chasny (Six Organs of Admittance) discovered his exceptional talent as guitar player and improvisor. Chasney started the Hermit Hut label in 2014 in order to release Dorji’s Debut album. Though often compared to legends like John Fahey or Derek Bailey, Dorji remains very modest.

In the mean time Dorji also started a series of very successful collaborations with a.o. Tyler Damon (Circuit Des Yeux), Mette Rasmussen, C. Spencer Yeh, Michael Zerang and Aki Onda. In February 2020 the fantastic release Purple Dark Opal by Kuzu will be released on the Aerophonic label. Kuzu is the prolific trio of Dorji and Damon with Dave Rempis (Ballister, From Wolves To Whales). Kuzu will present this release at the end of October in the Oorstof series but first it’s time for Dorji and his inimitable solo guitar excursions that will take us from percussive and rhythmic play with a folky and meditative character to extreme and in your face soundscapes. Margarida Garcia has been developing since the mid-nineties a very personal and distinct language for electric contrabass. Simple, melodious, slow, subaqueous, throbbing  and melancholic. She moves well beyond contemporary improv praxis with a coil that runs deep into the contemporary psychedelic underground. Before relocating to  New York in 2004,  where she lived for seven years and was found regularly playing concerts with Loren Connors and Marcia Bassett, she was a very present figure in the subterraneous sound of Lisbon. There, she met guitarist Manuel Mota, close collaborator since her musical beginnings.

She collaborated with musicians like Thurston Moore, David Maranha, Gabriel Ferrandini, Mattin and Nöel Akchoté among others and is active as a visual artist. Since 2014 she lives between Lisbon and Antwerp, where she works frequently with ensemble Graindelavoix, from Björn Schmelzer. In 2016 she was a guest at the Dropa Disc Festival wit Manuel Mota and in 2018 she recorded ‘Here They Rest Immobile’, at the Sound in Motion studio in Antwerp,  a superb trio record with Marcia Bassett and Manuel Mota for Yew records, released in 2019.